For years, consumer electronics companies have been pursuing the holy grail of home entertainment, the ability to provide music and video without the encumbrances of wires or tethers. It’s still largely a dream, of course, as long as we have to connect gear to AC or mains wires for electric power, but advances are progressing in the right direction.

The British audio company, KEF, based in Maidstone, England, was originally established in 1961 as “Kent Engineering & Foundry,” by founder Raymond Cooke. But unlike most of its staid audio speaker competition, which still belabors principles pioneered in the 1950s and 1960s, KEF continues to push the innovation envelope.

These active speakers feature built-in amplifiers with 100 watts powering the tweeters and 280 watts dedicated to the mid-bass driver. Eliminating the need for a separate power amplifier does soften the blow of the expense somewhat, although if you want to mount these speakers on stands, you will have to spend an additional $449 to support their 20-kg (44 pounds) weight per set.

Not satisfied with merely reinventing wireless speakers, KEF has also just launched what may be an equally disruptive subwoofer that packs ultra-low bass tones in a 10x10x10 cube (246 x 256 x 248 mm) with 2 x 500-watt amplifier power built-in. The KEF KC62, which retails for $1,499, weighs 14kg (31 pounds) and promises to make your movies and music an immersive experience. 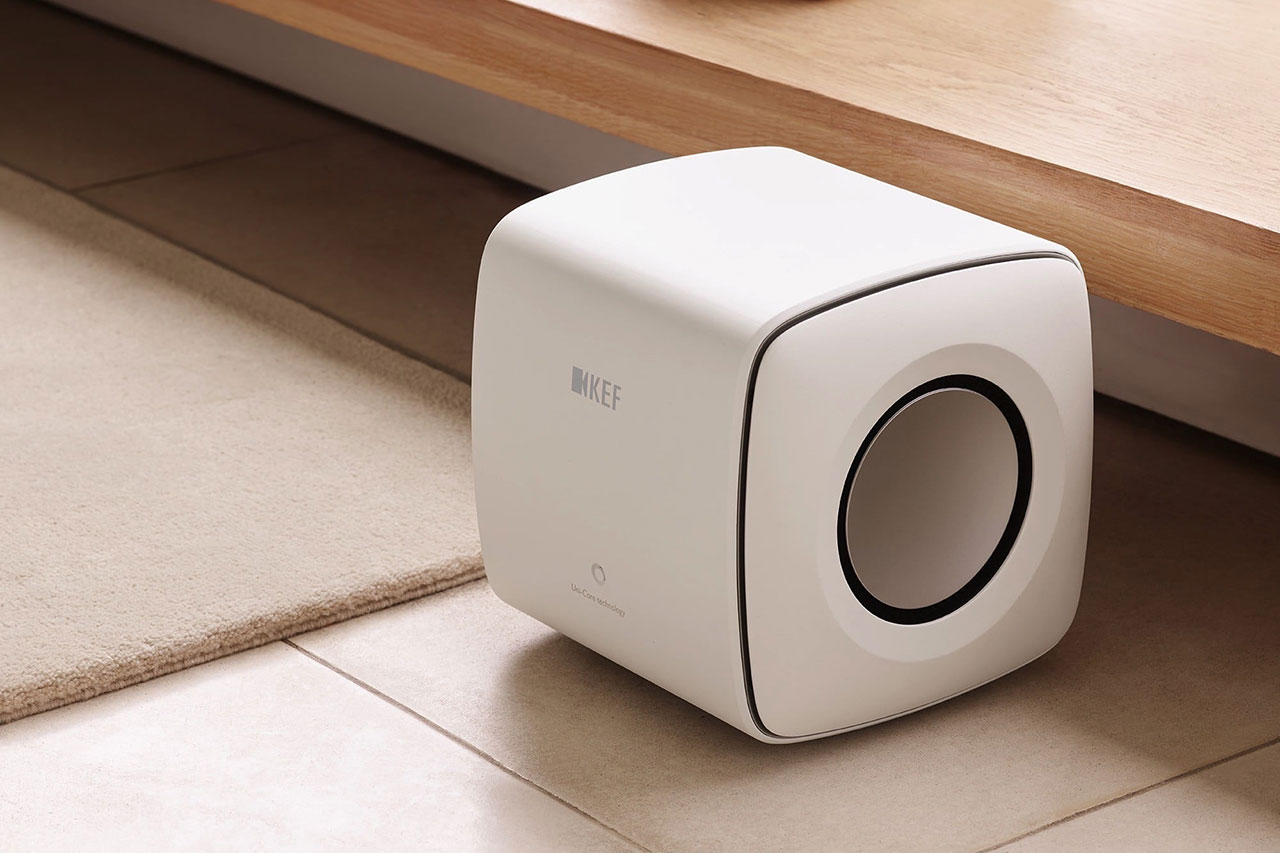