The Starbucks store, pictured above, is located in Aruba. It was the second Starbucks outlet located in the Caribbean. From tropical islands to cruise ships, the urge to “pump up” has turned Starbucks into a $25 billion global brand.

When USA Today reported on the launch of a Starbucks store on the Allure Of The Seas cruise ship, it included a reader poll to gauge interest in the idea. Fully 64% voted for more Starbucks stores on cruise ships.

In March 2010, the residents of Murcia in Spain launched a Facebook campaign to attract a Starbucks coffee store to its town, thereby joining the now 24,000 restaurants worldwide, with an outpost of the global barista. As the U.K. Guardian put it, “Although Spaniards have long had a variety of good quality coffee on hand at almost every street corner café, Starbucks has already established 76 outlets in Spain and continues to expand there.” 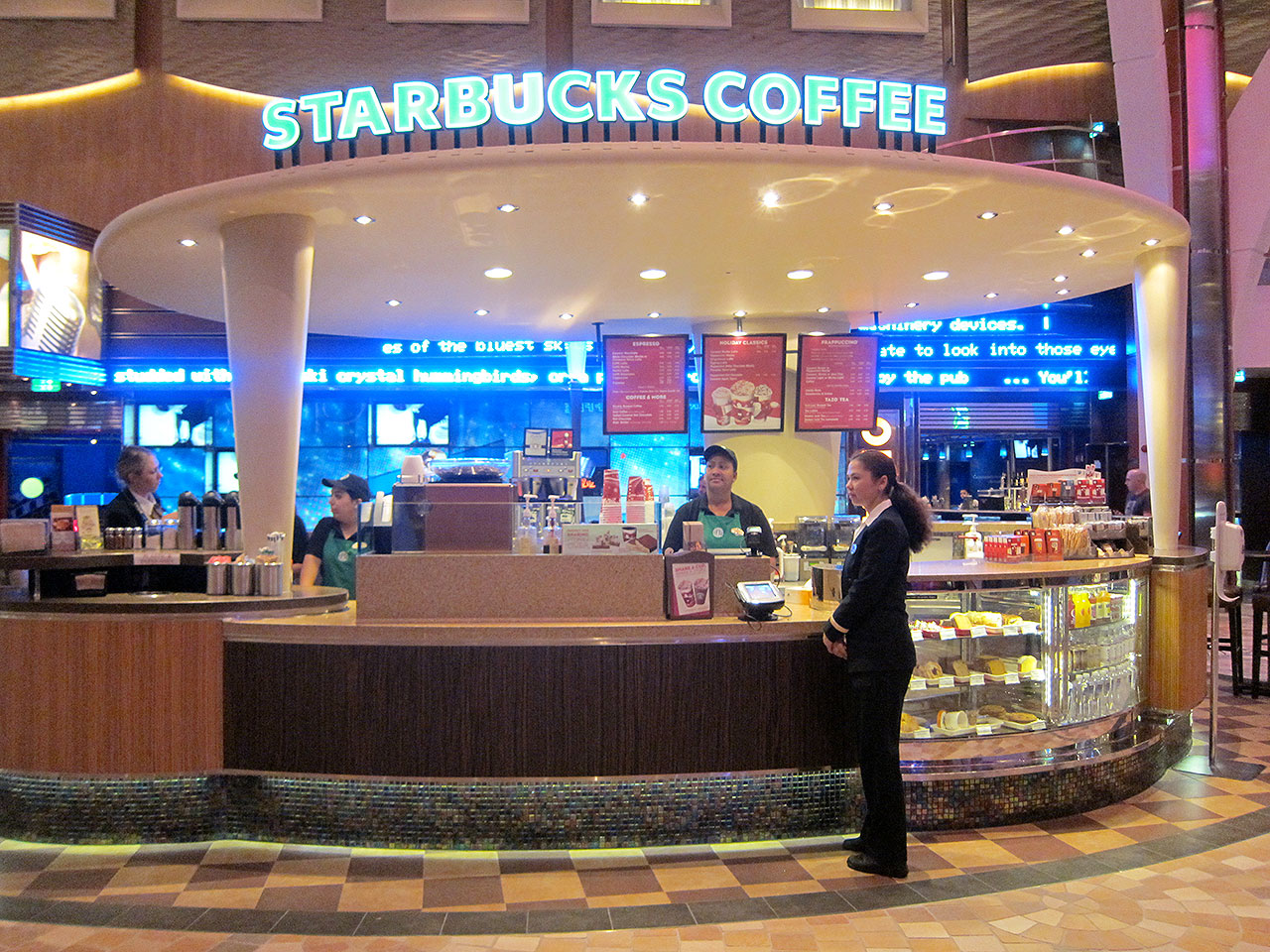 In October 2010, Starbucks launched its first coffee store on the cruise ship Allure of the Seas. Fully 64% of respondents to a USA Today reader poll agreed that they would “like to see Starbucks outlets on more cruise ships.”

Drinking coffee is a sub-trend of the Time Compression Ubertrend, which is behind the acceleration of life. Together with energy drinks, a $37 billion global business, coffee has made “energy” the watchword of this millennium.

Here are some market highlights of coffee — the world’s favorite “pump me up” beverage: 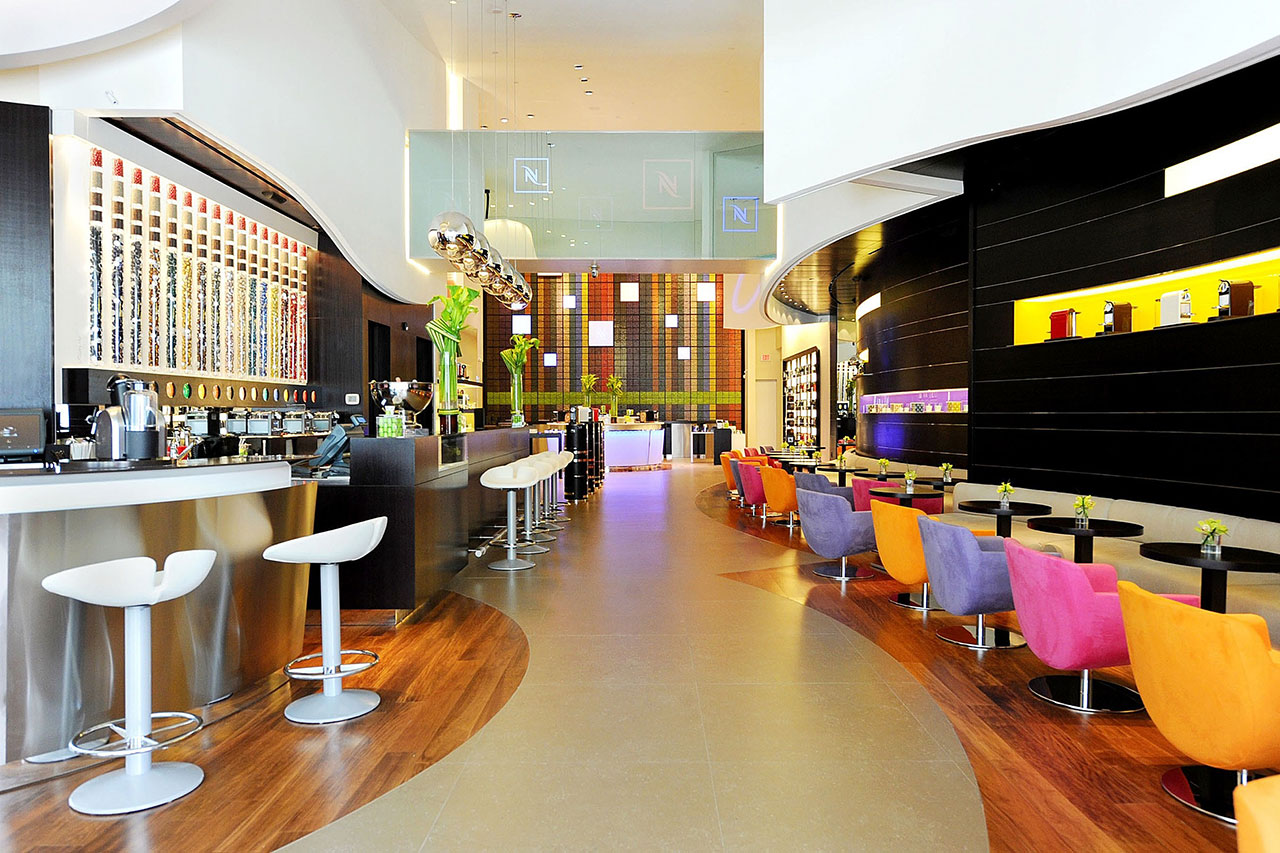 The global interest in coffee has led Nestlé to open 300 Nespresso Coffee Boutiques worldwide, including six in the U.S. Shown above is the Nespresso Boutique in New York’s Soho. A company spokesperson observes that “what’s happening to coffee today is much like what happened to wine in the 1980s.”

The success of Starbucks was further cemented by embracing a host of innovations. It was the first restaurant to offer free Wi-Fi, mobile apps and digital payments, while also providing rank-and-file employees healthcare benefits. And as Social Media Today reports, it also “crushes it on social media.”

Add another shot to my grande, barista, no make that a venti! And, hurry, because I’m late for yoga!