Since the concept of “stress” first surfaced some 66 years ago in Hans Selye’s groundbreaking 1956 book The Stress of Life, the Time Compression Ubertrend has led to an explosion in facilities that cater to relieving stress, like the Awana Spa, pictured above, at the new Resorts World in Las Vegas.

There are numerous effective ways to blow off steam, including exercise and yoga, but one stress therapy has grown exponentially since the 1980s — the spa business. Not too long ago, the only people who regularly visited spas were the Germans.

And that’s because Germany has one of the most advanced spa cultures in all of Europe, with more than 900 spas registered across the country.  The German healthcare system allows doctors to prescribe a spa treatment as a reimbursable medical expense. It was the Romans, however, who discovered that spas had medicinal properties, able to contribute to both mental and physical wellbeing.

That age-old discovery combined with new-age treatments, like the Ayurveda hot stone therapy originally practiced in India some 5,000 years ago, propelled the spa industry to dizzying new heights. Spas are now an integral aspect of the “wellness” industry, a word that traces its roots to a little-known book published by Dr. Halbert Dunn in 1961, called High-Level Wellness. 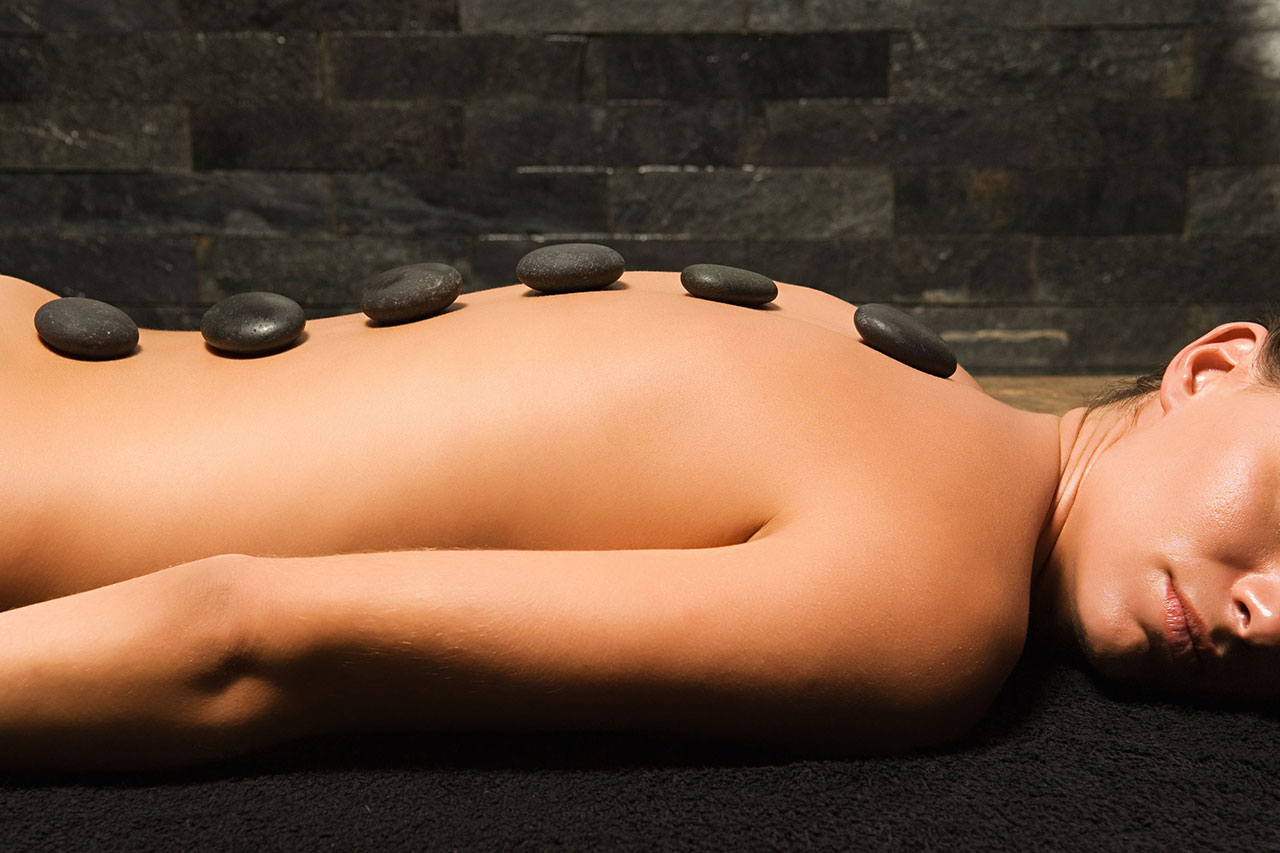 Approximately 5,000 years ago, the Hindus in India discovered that placing hot stones on the body could relax tense muscles and relieve pain. Hot stone treatment is increasingly found at full-service spas.

Research firm SRI International was commissioned by The Global Wellness Institute to quantify the “global wellness economy,” which the research firm last estimated at $4.2 trillion in 2017.  The spa market, an integral part of wellness, grew from $94 billion in 2013 to $119 billion in 2017.

The stresses of modern living are driving record numbers of people to spas. The International Spa Association (ISPA) recorded 187 million U.S. spa visits in 2017.  The association uses PricewaterhouseCoopers (PwC) to conduct its industry research. Between 1999 and 2016, U.S. spa revenues more than tripled, zooming from $5 billion to $17.5 billion, while the number of spa outlets jumped from 5,300 in 1999 to 21,770, a 310% increase.

In fact, while men make up a minority of spa clientele, a growing number are visiting these temples of relaxation. In 2009, ISPA reported that men made up just 24% of spa clientele. That was 15 years after term “metrosexual” was coined, and the trend started to rear its handsomely coiffed head.

In June 2015, Mashable reported the share of men “increased over the past few years from 31% to 47%, according to ISPA, nearly half of all spa-goers.”  ISPA President Lynne McNees believed the trend was being driven by the primary reason people go to spas — to manage stress. Yet, the notion that half of spa visitors are men is not supported by anecdotal evidence, as in “my eyes can’t deceive me.” The “mankini” and “boyzillian” trends may be catching on, but it’s difficult to believe that the share of male visitors to spas doubled to nearly half of all spa visitors in six years.

Part of the reason is that consumers, both women and men, no longer see spa visits as “pampering,” which explains why some spas have also begun adding such services as Botox injections, chemical peels, collagen and dermabrasion to their regular regimen, leading to the emergence of “medspas.”

In December 2012, USA Today quoted International Medical Spa Association Executive Director Allan Share stating that there were about 4,500 med spas in the U.S., up from about 800 five years earlier.  That would suggest a five-year growth rate of 463%. According to the American Medical Spa Association (AmSpa), the total number of U.S. medspas in 2017 stood at 4,200.  AmSpa believes that U.S. medical spa revenues reached $4 billion in 2017.