Not long ago, the world of audio was dominated by such Japanese brands as Kenwood, Marantz, Pioneer, Sansui, Sony, and Technics. These companies were considered audio innovators. That’s no longer the case due to the disruption in the market caused by the innovation of music streaming.

Today, music is rarely heard via CD, FM radio, or, heaven forbid, cassette and 8-track — standard bearers of a bygone era. Streaming has ushered in a new wave of trendsetters serving up music using “streaming amplifiers.”

One of the primary benefits associated with streaming amplifier technology is its accessibility; users can select their favorite tunes using apps on smartphones and tablets for maximum convenience, all part of the wireless entertainment trend.

Finally, some models support voice assistants, like Alexa and Google Assistant, so listeners can control playback via voice commands rather than using a remote control or fiddling with buttons.

We scoured the internet to find some of the latest cutting-edge equipment. Topping our list in features, including the largest LCD screen at 13 inches, is the HiFi Rose RS520, a $3,600 streaming amplifier (pictured in lead image), from a new brand hailing from South Korea. 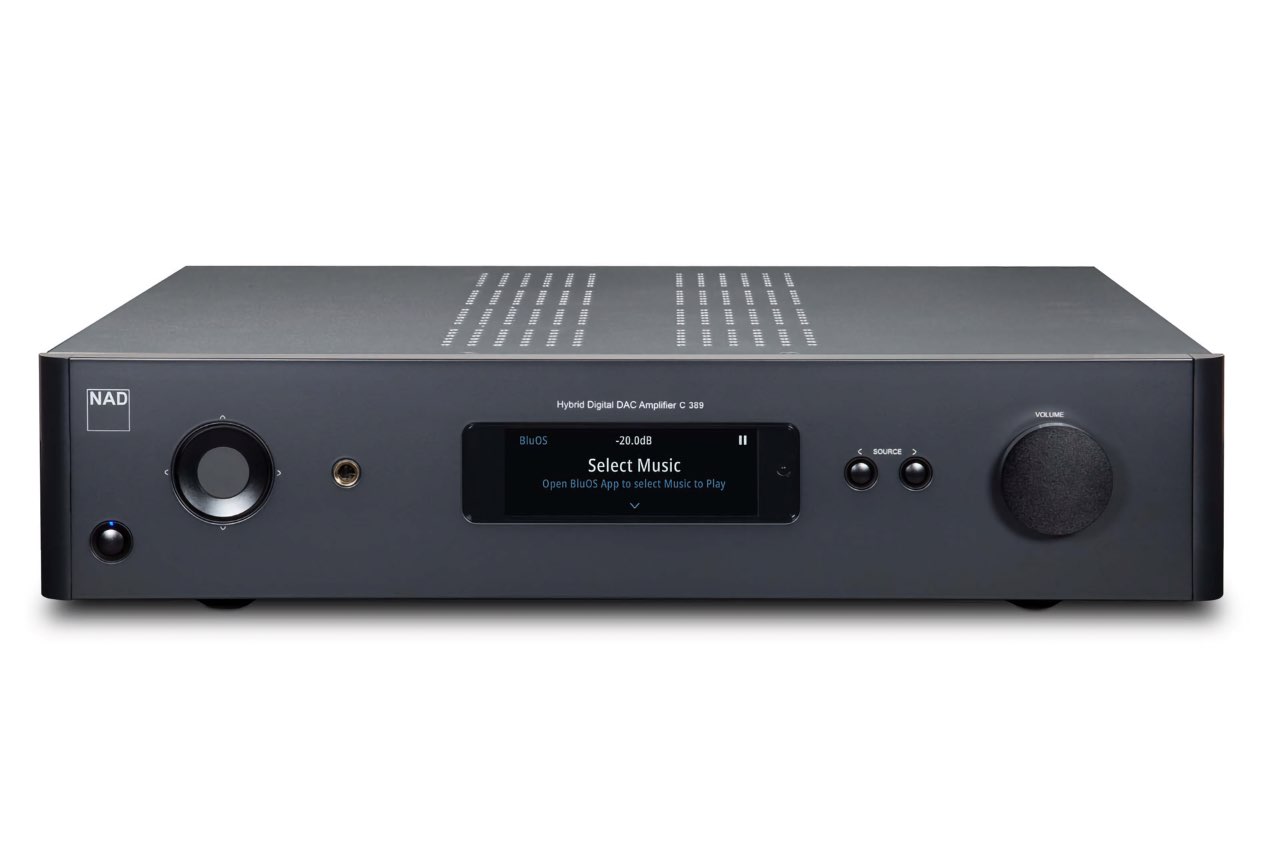 Another Canadian stalwart is Blusound, a sister company of NAD, which manufactures the Blusound POWERNODE EDGE ($650) and POWERNODE ($950). Not surprisingly, both Blusound streaming amplifiers use the highly regarded BluOS Controller app.

U.K. audio companies have become particularly adept at designing streaming amplifiers, putting the Far East to shame. The Naim Uniti Atom ($3,800) was one of the first to arrive on the scene, launched in 2018. Ditto for the Cambridge Audio EVO 150 ($3,250), which debuted in May 2021.

What sets these streaming amplifiers apart is that they all feature an innovative eARC or ARC HDMI input allowing your TV set to turn the device on or off and control volume. 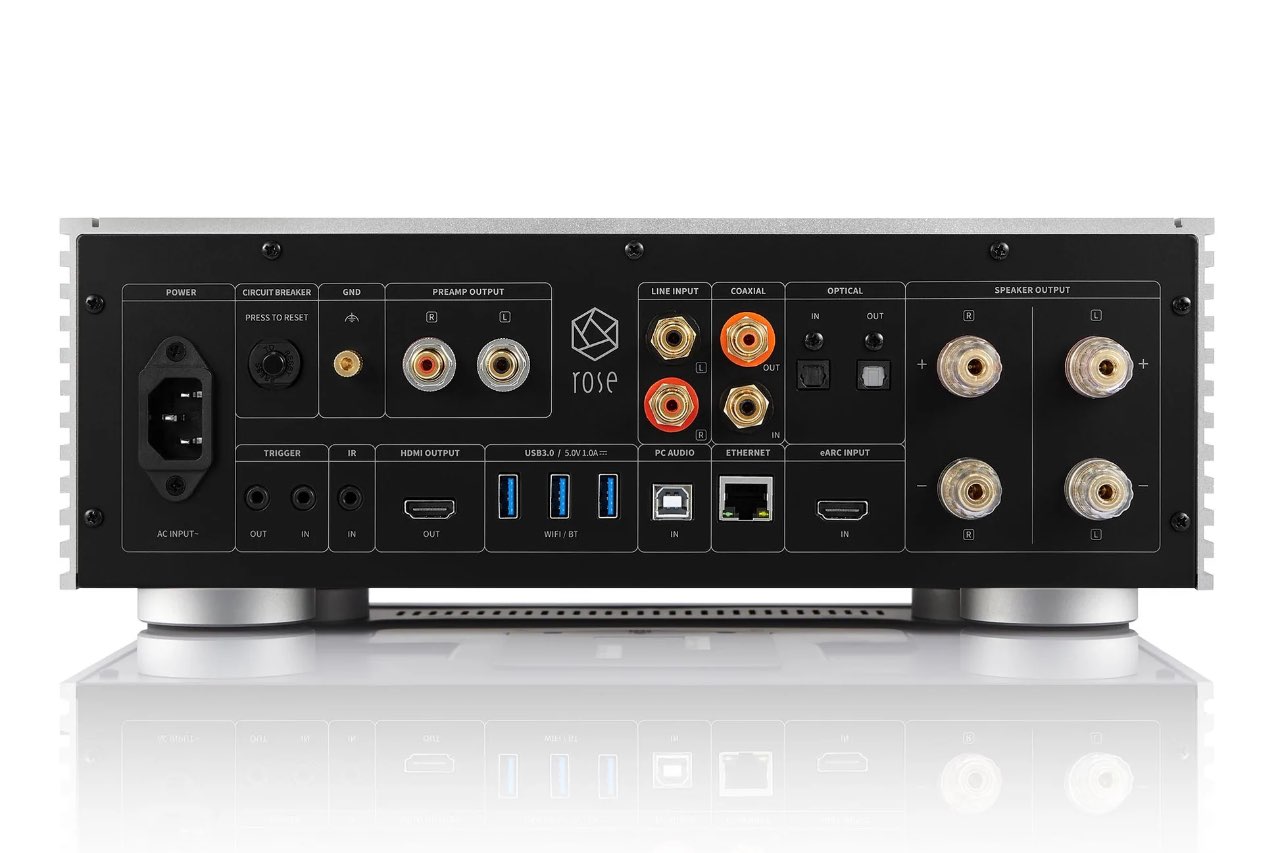 The rear panel of the HiFi Rose RS520 is far less cluttered than typical AV receivers (AVRs). Shown towards the lower right is the HDMI eARC input. Towards the upper left are the preamp outputs that can be used to connect a subwoofer. The RS520 also boasts three USB inputs designed for thumb drives and connecting networked attached server (NAS) drives.

All streaming amplifiers discussed here can also be hooked up to a powered subwoofer, which, together with HDMI, allows users to set up a 2.1 home theater system. Given that 98% of TV viewers use three speakers or less, that’s welcome news for many.

Have your heart set on a true AVR? The Arcam AVR11 ($3,050), another British make, deserves kudos for boasting one of the most complete feature sets, including 7.1 amplification, MQA decoding (used in Tidal’s highest quality audio streaming) and Dirac Live.

The models listed in the table below all support major streaming services except for Marantz Model 40n ($2,500), which lacks Qobuz functionality, and the Sonos AMP ($700), which supports Amazon Music, Apple Music, and Qobuz:

If you want to dip your toe into the streaming waters but don’t want to spend much, look no further than the WiiM Mini ($90). This tiny hi-res audio streaming accessory easily connects to your existing stereo and can be controlled by your Spotify Connect or Tidal Connect apps. The company also offers its own user-friendly WiiM Home app that interfaces will all major players. 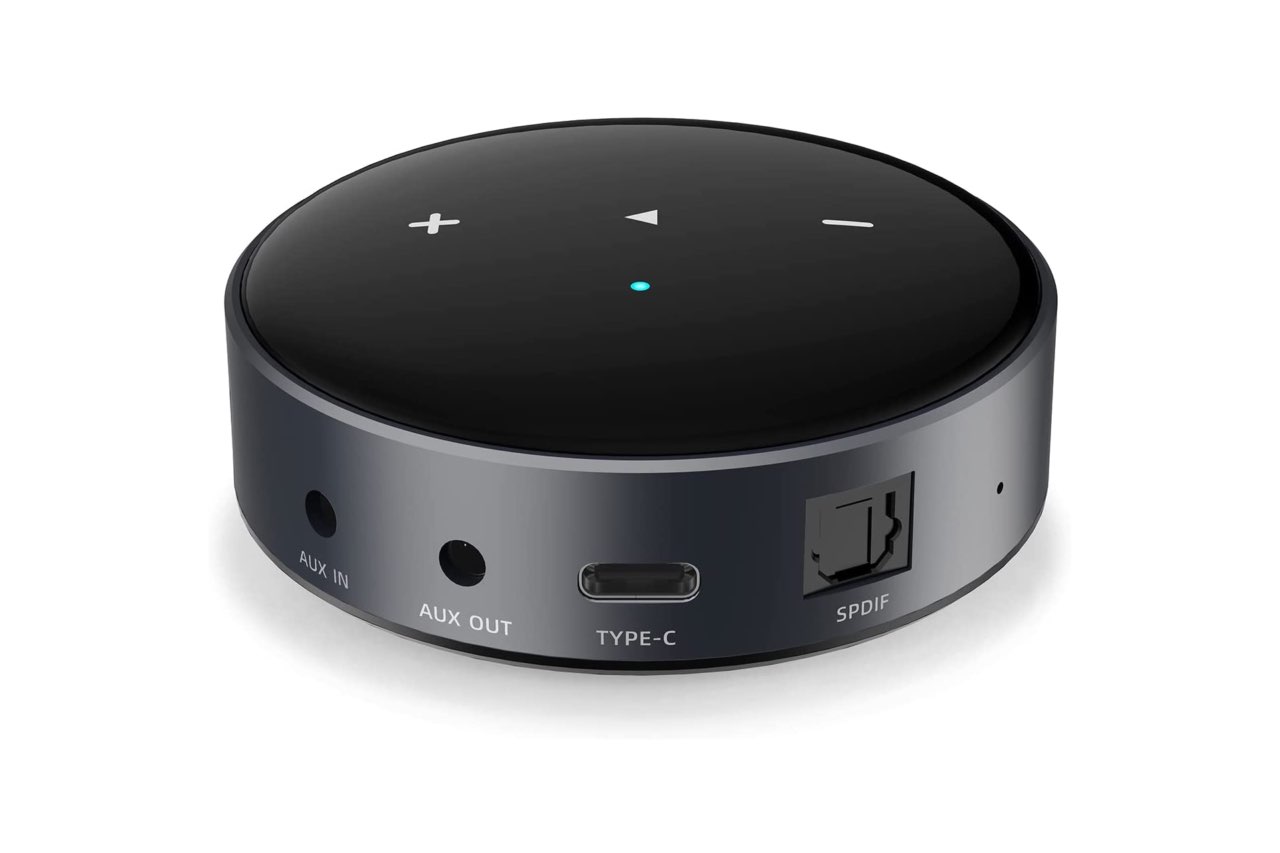 The WiiM Mini ($90) is a highly rated audio streamer on Amazon (4.5 stars based on 1,076 ratings) and a great way to immerse oneself in the world of hi-res streaming. WiiM regularly updates its firmware with new features and its WiiM Home app is considered superior to many OEM apps.

Given these leading-edge features, more people will be choosing streaming amplifiers in the near future over conventional stereo components. Not only do they offer superior sound quality but also unbeatable ease of use which makes them ideal for modern-day listeners looking for the ultimate in musical, and video, freedom and flexibility.