From the earliest days of the Mesopotamians, humans have been searching for ways to improve shared spaces, usually creating a central square around which other structures were built. But no civilization has had the benefit of developing city innovation around a digital square — the backbone of the smart city trend.

But first what is a smart city? A smart city is one where human and social capital investments in traditional transportation and modern communication technology infrastructure have lead to sustainable economic development, plus a high quality of life, all while wisely managing natural resources through participatory action.

That’s a mouthful. But so is the vision. It’s a coordinated action plan to ensure that humanity will continue to evolve its culture in a safe and livable environment, one optimized for efficiency. Consumer Technology Association CEO Gary Shapiro predicts that global spending on smart cities will reach $34 billion by 2020.

The trend is being driven by the widespread adoption of smartphones and other digital devices that can quickly and seamlessly connect to a host of city services. It’s also pushed forward by the urbanization of our world. In the U.S. today, 63% of the population lives in a metropolitan area, compared to less than 10% 200 years ago.

While no entirely smart city exists today, some urban areas have adopted individual smart-city tactics that typically involve the free use of Wi-Fi, including major metropolitan areas like London, New York and, gulp, Kansas City.

In May 2016, Kansas City launched an ambitious Smart City initiative that includes 125 smart streetlights, 25 interactive touchscreen kiosks and more than 50 blocks of free Wi-Fi along the city’s streetcar corridor.

The $15.7 million public-private project is a collaboration between Kansas City, Sprint, Cisco and Think Big Partners. The city also co-developed a data visualization tool that monitors parking spaces, traffic flow and pedestrian hotspots and makes the data publicly available through an interactive website, layered on top of an urban data and collaboration platform developed by XAQT. 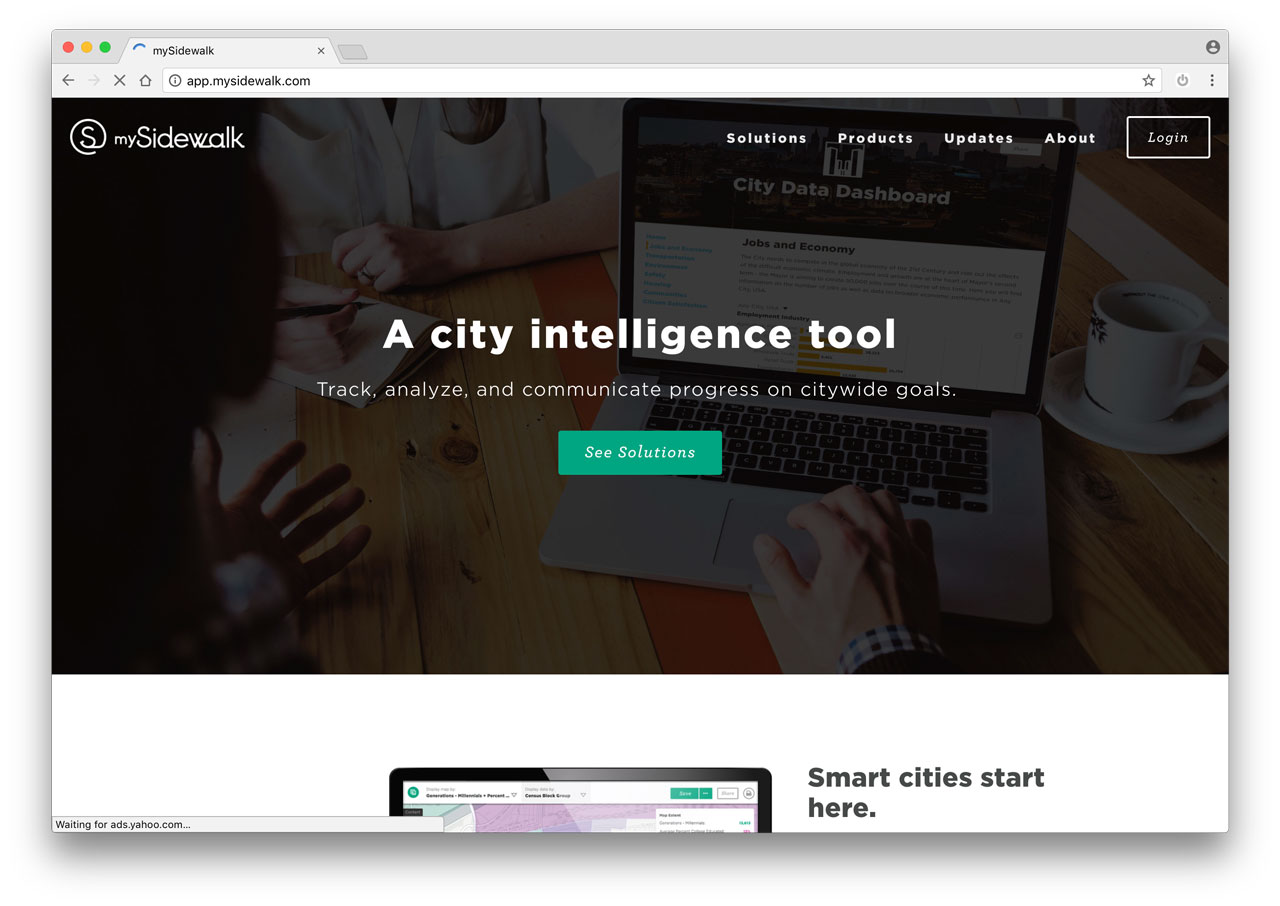 Smart initiatives like these virally spur collaborative actions. One Kansas City startup, Site 1001, was recently named one of the Top 50 Smart Buildings Companies by BuiltWorlds.

And locally grown expertise has led another developer to create the mySidewalk app, which tracks key indicators and provides analytics for local governments. Now you know how smart cities inspire participatory action.