In August 2017, the FDA announced new rules governing the sale and distribution of over-the-counter (OTC) hearing aids. Unfortunately, it took the government agency fully five years to issue its final ruling on Aug. 16, 2022.

Before this long-awaited ruling, only hearing aids that were custom-made by a licensed audiologist and tailored to a user’s specific hearing loss could be sold in the U.S. Now, manufacturers can market over-the-counter (OTC) hearing aids, much like reading glasses with “one size fits all” devices that do not require a prescription or fitting from a licensed professional.

While the new FDA rules open up the market for OTC hearing aids by allowing manufacturers to sell them without first submitting a pre-market approval application (PMA), manufacturers will still be required to register their hearing aid devices with the FDA and list them in the FDA’s registry.

The FDA’s rule change was met with praise and criticism from the hearing loss community. Some lauded the FDA for finally making OTC hearing aids available to the millions of Americans who could benefit from them, while others denounced the agency for weakening its standards and creating a “Wild West” of unregulated hearing devices.

Complaints were most likely voiced by entrenched industry players, including the “big five” cartel of manufacturers — Sonova, WS Audiology, William Demant, GN Store Nord, and Starkey — who collectively control more than 90% of the hearing-aid market.

The new FDA rules will unquestionably lead to a surge in innovation in the bulky, over-the-ear hearing aid industry as manufacturers face significant disruption.

This disruption is already having a significant impact on hearing aids as new companies introduce products that are more affordable and boast exciting new technologies, including:

State-of-the-art hearing aids look a lot like standard audio earbuds or devices that can fit nearly entirely in the ear canal. More importantly, consumers can finally buy them over the counter, without a prescription, and without spending thousands of dollars.

New players, such as Sennheiser and Sony, were able to use CES 2023 to launch innovative OTC products that directly leveraged this disruption. Sennheiser, a well-known audio brand, offered a concrete example of how the rule change will affect this formerly insular market with its new Conversation Clear Plus (shown in lead image).

As its name suggests, the goal is to make it easier to understand conversations in noisy environments. Sennheiser still had to rely on industry OG (original gangster for those not in the know 😁) Sonova, which supplies the chip that makes this requirement possible. Sonova is behind such legacy hearing-aid brands as Phonak and Unitron. It acquired Sennheiser’s consumer audio business about a year and a half ago, which is one way to meet disruption head-on. 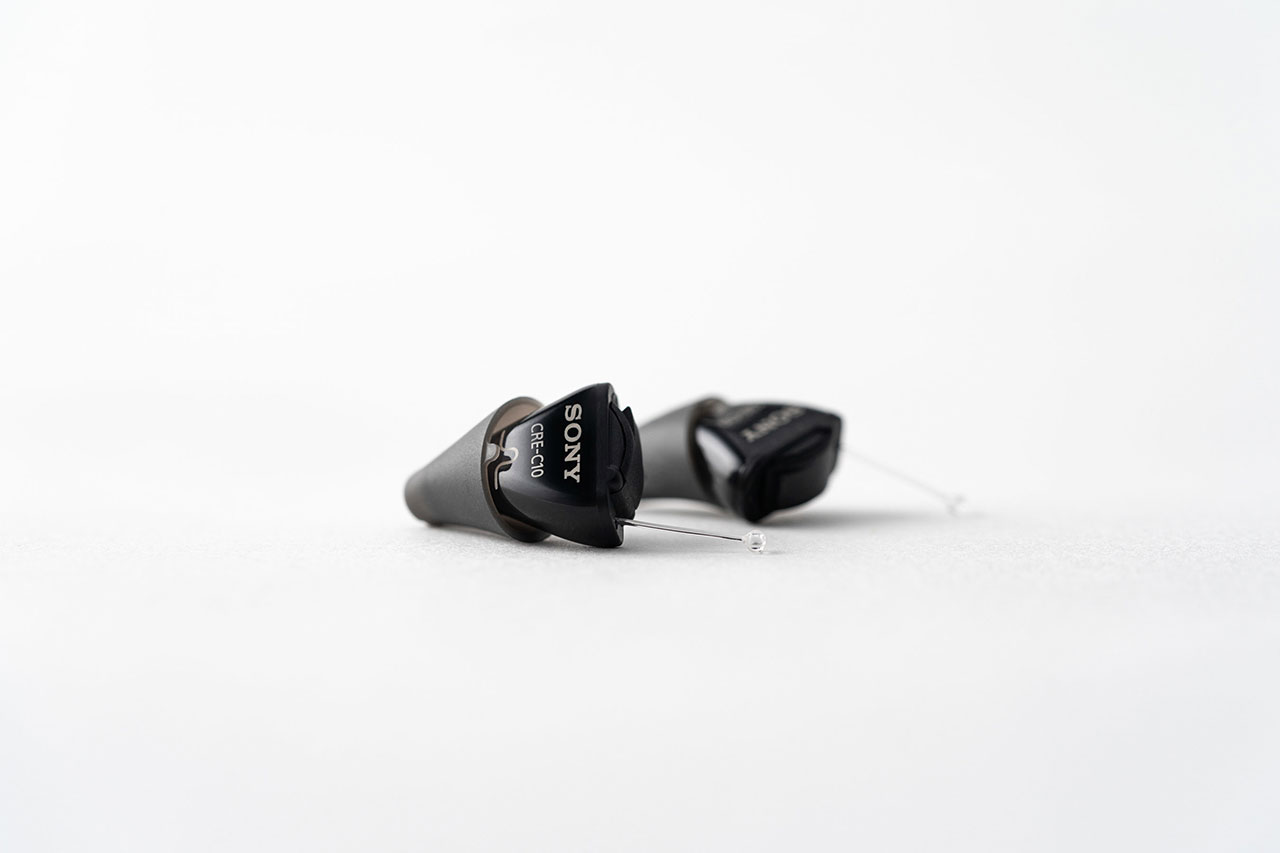 The Sony CRE-C10 ($1,000) is representative of the new wave of hearing aids, able to fit entirely in ear canal with just a small removal cord showing, which is barely visible to the casual bystander.

Given that the base model requires wearers to carry around a stack of size-10 hearing-aid batteries ($7 for a package of 16), the Sony CRE-E10 is perhaps the more practical model, although Sony says a size-10 cell will last 70 hours. The CRE-C10 fits entirely in the ear canal, with only a short removal cord visible, although that could easily be mistaken for an antenna.😉 The rechargeable Sony CRE-C10 is more like the Sennheiser, resembling a typical audio earbud.

If you are considering purchasing a hearing aid, now is a great time to do so. More options are available than ever before, and prices are more affordable than they have ever been.