The Ubertrend of Time Compression has led to less disposable time than ever. In 2006, more than 50% of workers took 30 minutes or less for lunch. This trend is propelling mobile food vendors, who, after discovering gourmet food, are better able to cater to an on-demand market.

Food trucks have long been popular in major cities like New York and Los Angeles, but are now found in such foodie havens as Atlanta, Austin, Las Vegas and even Tulsa. They have a growing market: 47% of adults say they would patronize food trucks, according to the National Restaurant Association (NRA).

The food truck craze has piqued the interest of companies far and wide. The National Restaurant Association says Americans will spend $630 million on food from mobile vendors in 2011, both traditional and gourmet. That’s up from $608 million in 2010.

But it’s the gourmet food truck trend that brought glamour to a market segment that once largely catered to blue-collar workers: 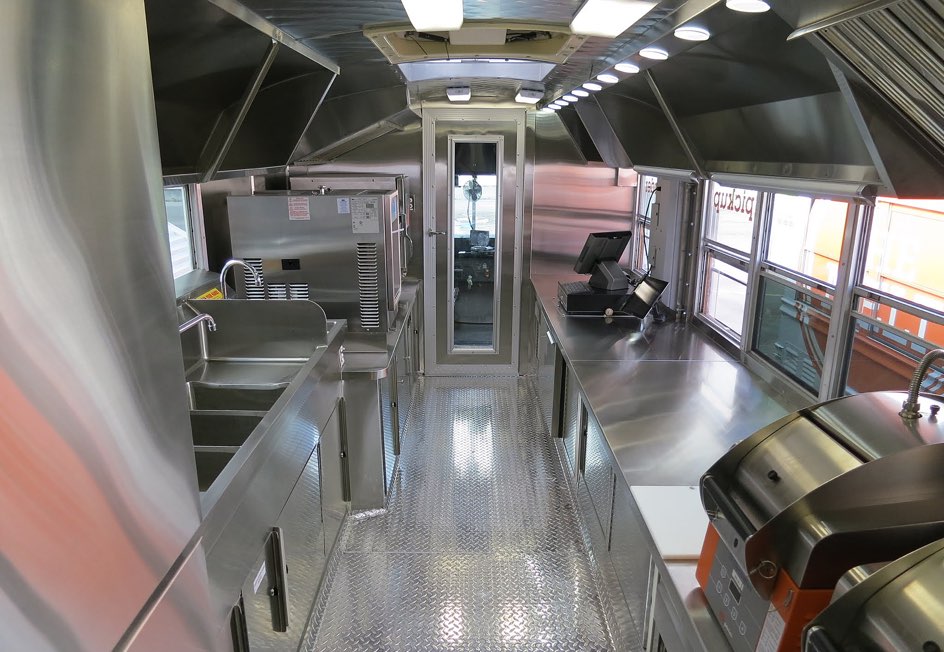 In San Francisco, The Melt Bus sells grilled cheese sandwiches from this well-equipped food truck. In the upper right-hand side you can see an iPad-based order entry system.

The food truck sales boom is lifting the fortunes of a Southern California’s catering truck business. California Cart Builder is on track to make 100 food trucks and catering trailers this year. That’s up from five trailers and no trucks three years ago.

Fully equipped, new trucks can cost as much as $100,000. Truck customizers start with a basic Ford or Freightliner truck and add sinks, counters, appliances and other equipment needed for a mobile kitchen. A 60-inch Vulcan grill, de rigueur in the fanciest food vans, costs $4,800 installed.

Sounds like a Vulcan food meld is in order, Captain!