Digital Banking: A Trend You Can Bank On

There is no question that the accelerating developments of financial technology — popularly known as “fintech” — applications are starting to visibly impact the banking sector.

[su_quote cite=”Christine Lagarde, IMF Managing Director”]“A significant disruption to the financial landscape is likely to come from the big tech firms, who will use their enormous customer bases and deep pockets to offer financial products based on big data and artificial intelligence,”[/su_quote]The first rumblings were heard in early 2016, when Bloomberg reported that “Venture capitalists, angel investors, and bankers themselves have plowed more than $24 billion into fintech startups worldwide in the last two years, according to Innovate Finance, a London-based trade group.”

A scant two years later in January 2018, CB Insights’ research revealed that investors had poured $16.6 billion in 2017 across 1,128 deals into venture-capital-backed fintech companies around the globe.

The imminent arrival of a host European banking startups is the first manifestation of the fintech trend.

As discussed in an article last year, “Blockchain: A Fintech Revolution,” that invasion includes London-based Revolut and Berlin-based N26. 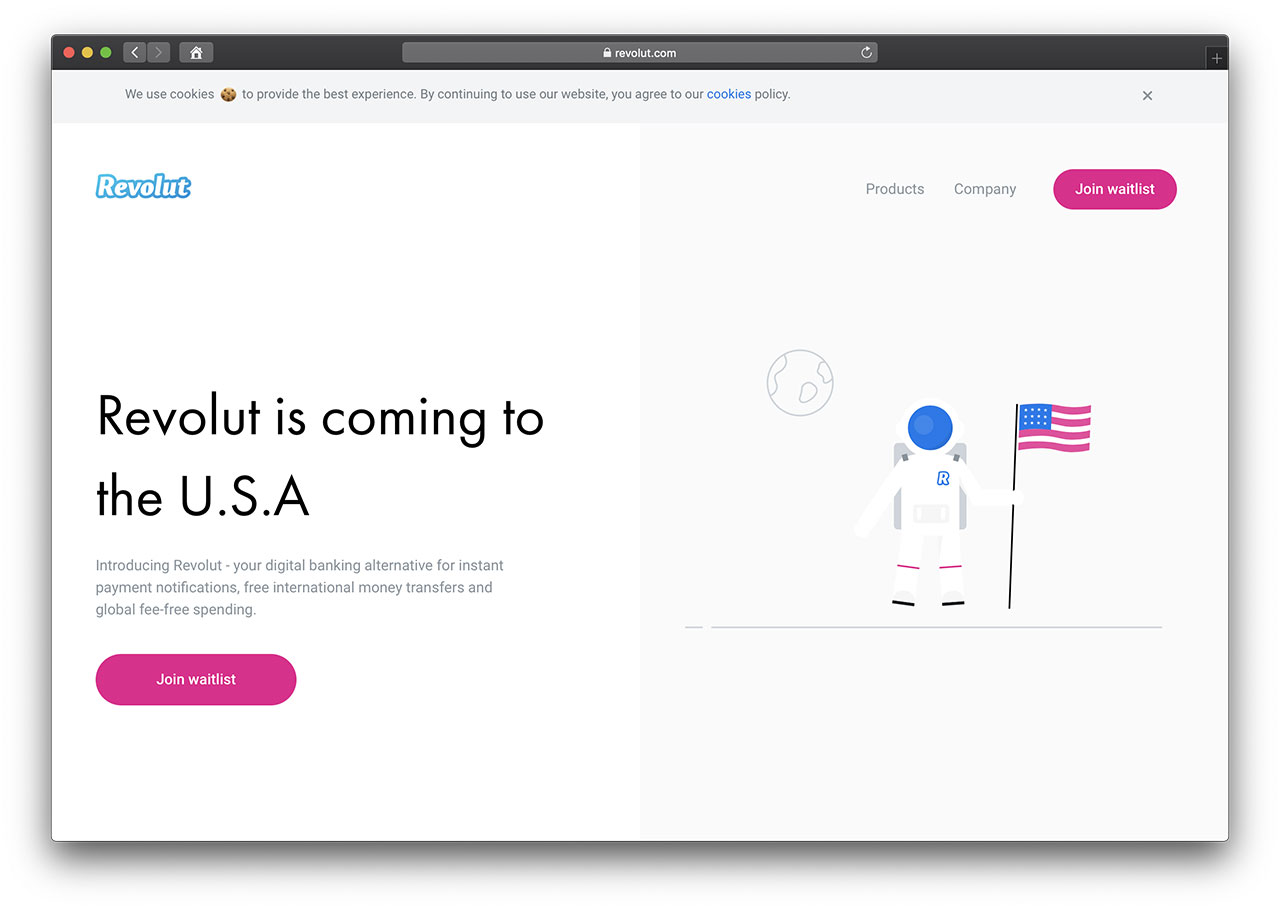 “Revolut is coming to the U.S.A (sic)” We’re guessing that America really doesn’t need any additional punctuation. Revolut was supposed to launch in the U.S. in fourth quarter 2018.

Both promised to enter the U.S. market in 2018 but may lose that first-mover advantage to the pending launch of U.K. digital bank Monzo, which recently crossed the 2-million-customer mark and claims it’s adding 200,000 new customers each month. 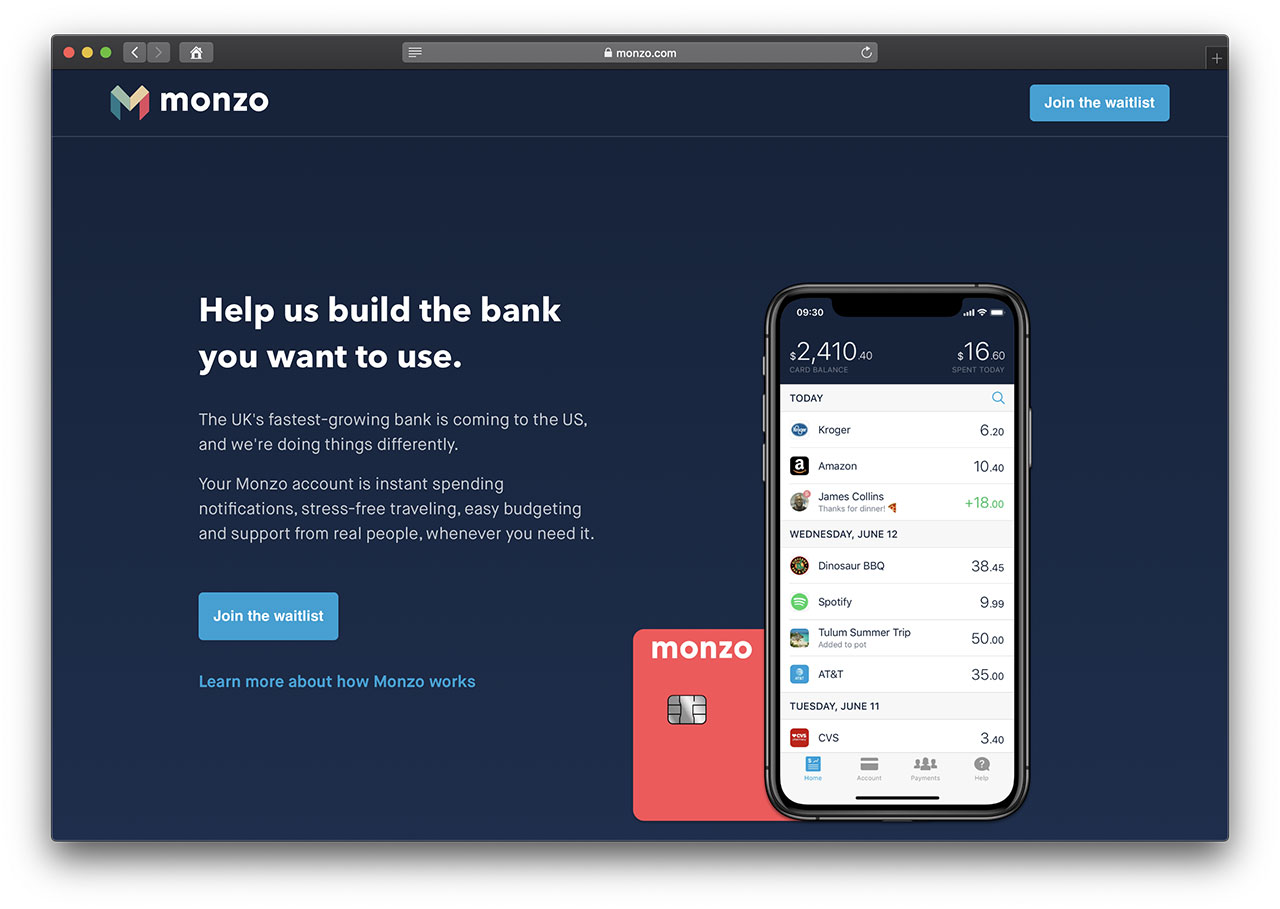 Monzo is reportedly launching “in the coming weeks” by signing up potential customers at events in Los Angeles, New York City and San Francisco. 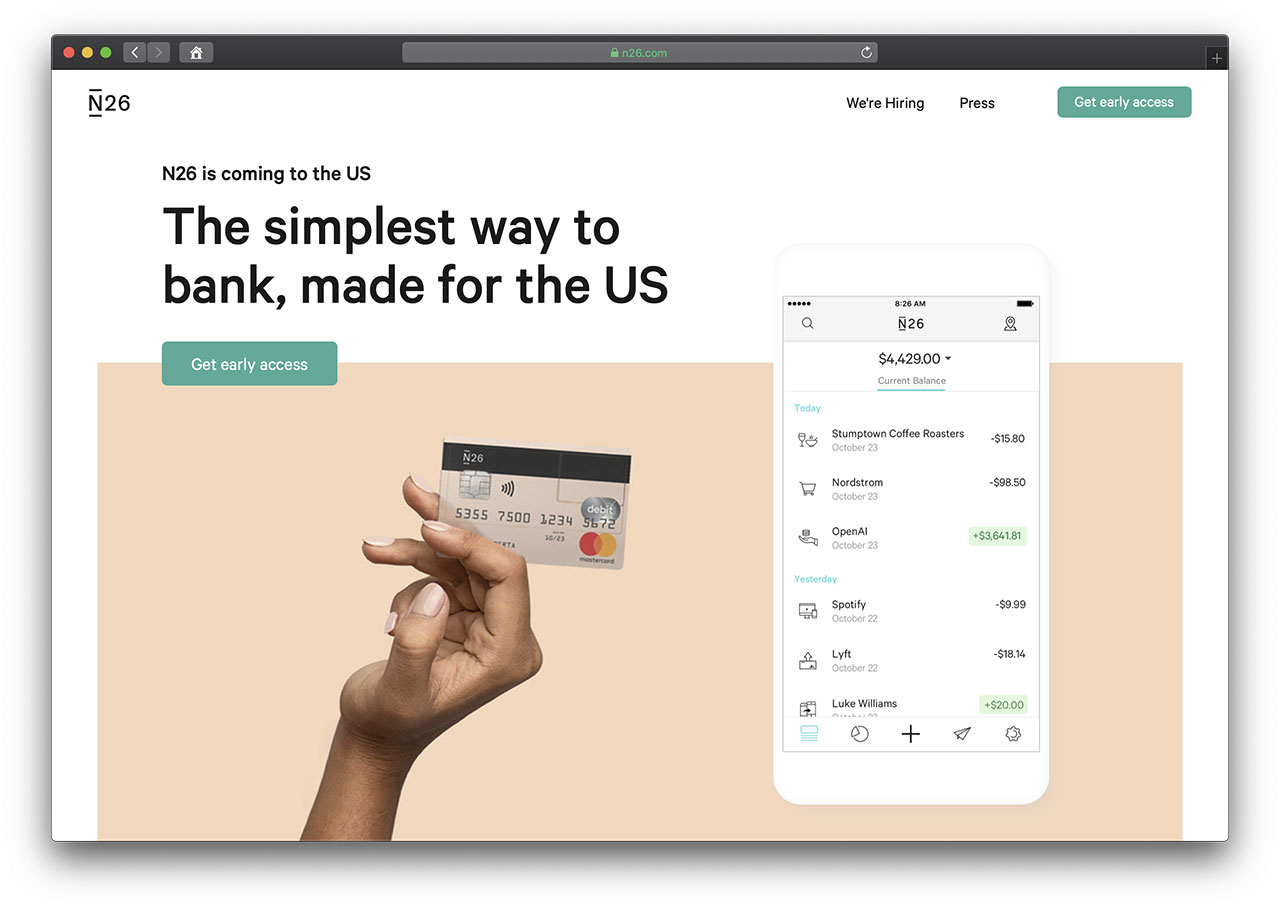 This new wave of banks offers the ability to open an account, order a debit card and get your own checking account in a few minutes.

[su_quote cite=”Valentin Stalf, N26 Co-founder & CEO”]“We’ve looked at the products in the U.S. and we figured out that most banking products in the U.S. are even worse than in Europe.”[/su_quote]All European startups, however, have been beaten to the punch by none other than T-Mobile, which has launched T-Mobile MONEY working with New Haven, CT-based BankMobile, a division of Customers Bank.

T-Mobile MONEY provides a customer experience that U.S. banks are going to have to emulate, quickly.

T-Mobile has more than 81 million customers, which puts it right up there with the largest U.S. banks in terms of market access. And unlike legacy banks, T-Mobile is headed by marketing wizard John Legere who has consistently out-innovated his rivals.

Asked to comment on how T-Mobile MONEY was conceived, a T-Mobile spokesperson says, “We looked at traditional banking with fees, almost non-existent interest rates and terrible customer service, and knew there had to be a better way for customers and consumers to do their everyday banking.”

Perhaps T-Mobile was one of those tech giants, Lagarde was referring to at the two-day meeting of G20 finance ministers and central bank heads.

T-Mobile is acutely aware that in a world where all competitors are at parity, the customer experience is the ultimate weapon. Notes the T-Mobile spokesperson, “We know mobile and we are always looking to create awesome customer experiences…on the devices people use every day. We designed and developed T-Mobile MONEY as a mobile-first experience. This is very different to big-bank apps that are usually adapted from websites.”

We captured the entire T-Mobile MONEY sign-up experience, a mere 10 screenshots, in the gallery at the end of this story. Study it. Emulate it, legacy banks and savings and loans. (And, by the way, the debit card showed up in less than five days.)

On the horizon lies Apple Card, which, besides all Apple’s trademark user experience niceties, offers 1% cash back on physical card purchases, 2% on Apple Pay purchases and 3% on purchases from Apple, with cash back credited every day. And, of course, there are no late fees, no annual fees, no international or over-limit fees.

It’s quite appropriate that the subject of the June Group of 20 meeting where Lagarde spoke was “Our Future in the Digital Age.” Tech giants, and startups, will disrupt the future indeed. 🤯