The headline was telling: “PG&E customers like controlling thermostats with iPhones.” In 2014, Lowe’s put a finer point on it, reporting that 70% of Americans (PDF) want to control something in their home from their mobile device without getting out of bed.

This explains why smart thermostats so welcome. As Honeywell reports, 30% of respondents who live with at least one person admit they can never agree about temperature. And 27% reportedly take matters into their own hands by secretly changing settings, a figure that seems low.

The Unwired Ubertrend is fueling a growing Control Freak syndrome. Jazzed by technology’s ability to free users from wires and its capability to instantly gratify, consumers are increasingly demanding greater control over transactions.

Air Canada offered one of the first online tracking systems for lost luggage but in 2011 Delta became the first airline to introduce a mobile baggage tracking app.

Realtime tracking is one of technology’s most hypnotic capabilities, driving its growing adoption by other industries. In 2008, Domino’s introduced pizza tracking pizza order, pointing to a future where self-service tracking will become widespread. 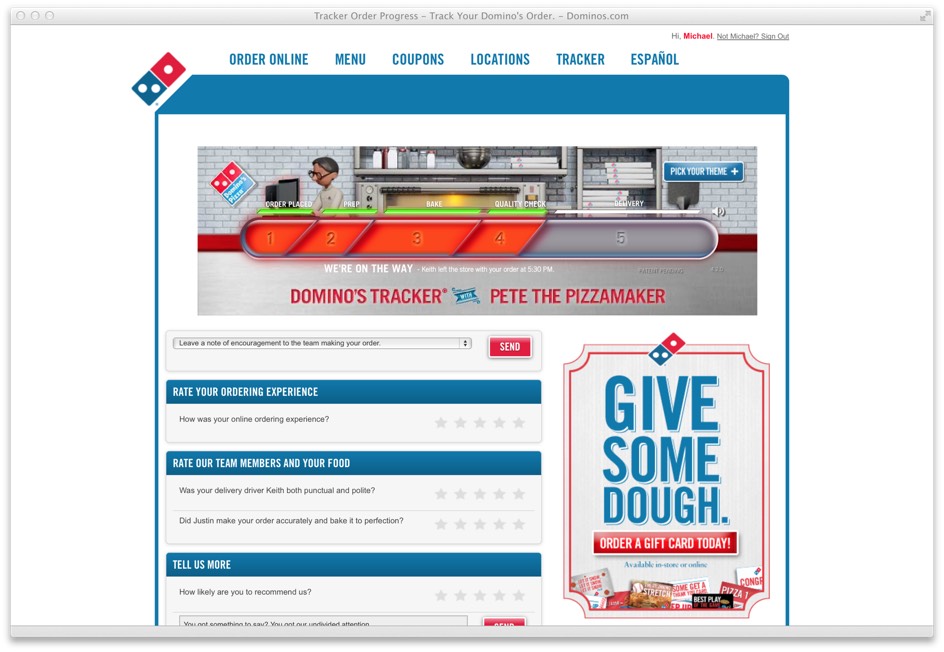 The Control Freak trend is spreading thanks to innovations like Domino’s Tracker, which lets consumers track their pizza via the web or mobile phone app. Expect tracking to become a big business.

In February 2006, Libby Copeland observed in The Washington Post: “There’s something peculiarly modern about this [pickiness] phenomenon, something aligned with our dark privilege of too much, this consumeriffic culture in which jeans and houses and breasts and ring tones are customizable.”

What Copeland exposed in “Picky, Picky” was the growing control-freak syndrome in dating. The prevalence of control freakism is best illustrated by a popular web feature, package tracking.

Self-check-out cash registers are a manifestation of consumer control. At first they were unpopular, now people line up to use them. Similarly, more than 70% of travelers check in for flights using airport kiosks, and 70% say they’d tag their own bag if it was allowed.

Armed with intelligent, instant-gratification devices, consumers wield growing clout, which only serves to feed the control freak beast. Marketers are starting to get the message. This National ad puts a positive spin on the trend, dubbing it “control enthusiast”: