In 2006, two Cambridge, Mass.-based biotech start-ups, Sirtris Pharmaceuticals and Elixir Pharmaceuticals, created quite a stir researching drugs that mimic the beneficial aspects of reduced caloric intake. Their surprising findings revealed that lowering the caloric intake of a mouse by 30% would make it live at least 30% longer than its normal two-year life span.

A stressed mammal apparently produces protective substances that extend life. Just four years after being founded, Sirtris was acquired by GlaxoSmithKline for $720 million in April 2008.  Elixir Pharmaceuticals, which had received $99 million in funding from as many as nine investors, quietly disappeared some time ago.  In 2013, GlaxoSmithKline unceremoniously shut Sirtris down, just five years after acquiring the company.

To understand the history of longevity startups, one has to travel back to the 1990s, specifically the December 2, 1993 issue of Nature, which featured a paper entitled, “ A C. elegans mutant that lives twice as long as wild type.”  The article was a catalyst for Fountain of Youth startups because it described for the first time a gene, daf-2, that could cause an adult roundworm, Caenorhabditis Elegans, to live more than twice as long as its counterparts in the wild.

In 1999, Leonard Guarente, a professor in MIT’s department of biology, co-founded Elixir Pharmaceuticals hoping to extend human life by developing a drug based on his research into a gene called Sir2.  Guarente had discovered that the lifespan in yeast, worms and mice is regulated by Sir2 activity — the more active the gene is, the longer the animal lives.

Sirtris Pharmaceuticals, co-founded by Harvard pathologist David Sinclair and a local entrepreneur Christoph Westphal in 2004, was also conducting research on drugs that could enhance the activity of Sir2-like genes in humans.

Guarente joined Sirtris as co-chair of its scientific advisory board in 2007, after a philosophical disagreement with Elixir management about company direction.

A 2013 article by Guarente revisits the role sirtuins play in calorie restriction and cites a number of studies, both pro and con. Observes Guarente, “Since [my] 2000 review, thousands of studies on sirtuins and activating compounds like resveratrol have been published along with some challenging data, and this large body of information now prompts a re-evaluation of the robustness of the original hypothesis.”

According to Dr. Liji Thomas, resveratrol is a phytoalexin molecule — a protective antibiotic produced in plants under stress, caused by either a fungal attack, drought, ultraviolet irradiation or inflammation — that helps plants fight back to maintain their health.

Resveratrol piqued the interest of scientists due to its antioxidant properties, which could contribute to longevity because of anti-inflammatory and anti-cancer attributes. Found in many plant varieties, resveratrol is abundant in the skin of red grapes, peanuts and pistachios, and in such fruit as blueberries, cranberries, mulberries and raspberries, and cacao beans. Its abundance in red grape skins gives red wine its notable concentrations of resveratrol, a fact not lost on mass media, which helped propel its talking-head popularity.

It may also help explain the French paradox: despite a diet rich in bread, butter, cheese and pork, France has a relatively low incidence of coronary heart disease. The French eat four times as much butter, 60% more cheese and nearly three times as much pork, compared to Americans, based on data compiled in 2002 by the Food and Agriculture Organization of the United Nations.

Although the French consume only slightly more total fat, 171 grams per day compared to 157 grams per day for the average American, the U.S. diet contains much more saturated fat due to a much larger proportion of vegetable oil fat, mostly soybean oil. According to 1999 British Heart Foundation data, the rate of death from coronary heart disease among U.S. males ages 35-74 was 115 per 100,000 people but only 83 per 100,000 in France. These statistics are outdated, but they do underscore the remarkable dichotomy of the French paradox.

And perhaps due to all the positive red wine publicity, Americans now prefer red wine, based on dollar volume sold, at 51%, compared to white (46%) and rosé (6%), according to 2014 Nielsen data provided by a January 24, 2015 article in The Week, written by Liz Thach.  However, this is an incomplete market snapshot, since white wines have historically been less expensive to produce due to less demanding aging requirements. Nielsen reports that the five most popular varietals are: Chardonnay, Cabernet Sauvignon, Pinot Grigio, Merlot and Pinot Noir. In other words, two of the top three best-selling wines are white.

And while the jury is out on whether resveratrol can help prolong human life, there’s no question that resveratrol mimics the lifespan-extending effects of very-low-calorie diets in flies, fish and mice — apparently by activating SIRT1 — one of seven Sir2-like genes in humans that play a crucial role in anti-aging. 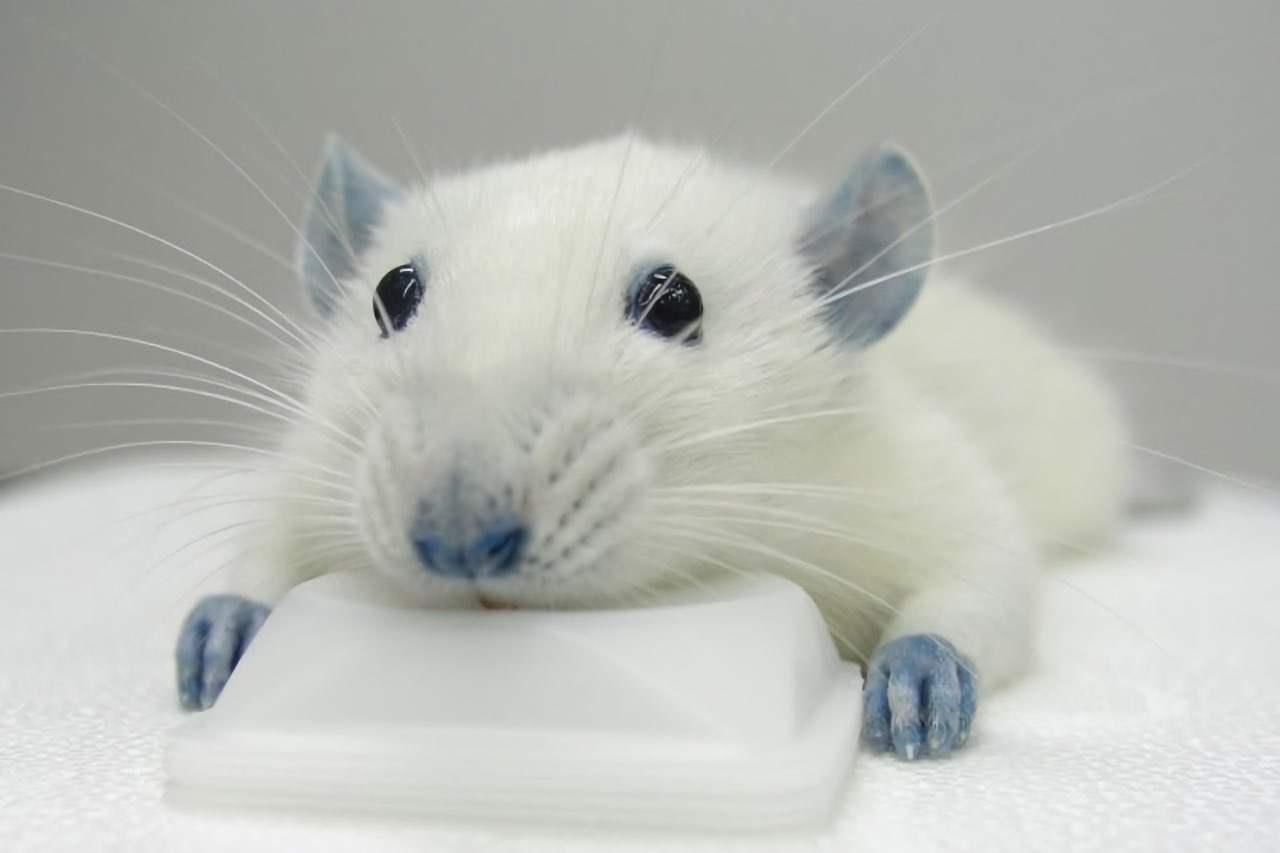 The lifespan of mice is influeced by Sir2 (Sirtuin 2) activity — the more active the gene is, the longer the animal lives. Mice play a major role in health science. The mouse shown here provided evidence that the blue dye contained in M&Ms, called Brilliant Blue G (BBG), can cure spinal injury, according to researchers at Rochester Medical Center.

Concludes Guarente, “This review addresses these challenges and draws from a great body of new data in the sirtuin field that shows a systematic redirection of mammalian physiology in response to diet by sirtuins. The prospects for drugs that can deliver at least a subset of the benefits of [caloric restriction] seem very real.”

As Dr. Patricia Dimond observed in 2010, ”One desirable outcome of research on SIRT1 modulation would be the discovery of a new treatment for currently untreatable neurodegenerative diseases like [Huntington Disease]. These diseases are generally related to the accumulation of an abnormal form of a protein in specific brain cells, which causes their destruction.”

The key to combating that protein may lie in a special category of cells, so-called senescent cells. At the Mayo Clinic in Rochester, Minn., a research team led by Darren Baker and Jan van Deursen discovered that senescent cells tend to promote tissue aging while accumulating in cataracts, arthritic areas and the plaque that may line elderly arteries.

These cells secrete agents that stimulate the immune system and cause low-level inflammation. Ridding the body of senescent cells could delay many aging diseases. Baker and Deursen reported in the journal Nature that mice that had these cells removed did not develop cataracts, avoided muscle wasting and could last much longer on a treadmill. And they retained skin fat layers that usually thin out with age and lead to wrinkles in people.

For his part, Guarente continues to push the age management envelope. His latest venture is Elysium Health, which has introduced a nutraceutical formulated with ingredients it says will keep you feeling young. Guarente’s feelings about anti-aging are echoed by Sonia Arrison, the author of 100 Plus: How the Coming Age of Longevity Will Change Everything, who claims that recently born babies could be the first generation to live to be 150 years old.

The U.K. Office for National Statistics echoes that sentiment. It believes that more human beings will reach 100, projecting that 35% of the 797,000 babies born in 2013 could still be alive in 2113. In the U.K., like elsewhere, the life expectancy of women is better than that of men, with 77,000 centenarian females expected by 2037, compared to 34,000 centenarian men.