The CARES Act proved once again that unscrupulous corporate executives will not let any crisis go to waste. The $349 billion Paycheck Protection Program (PPP), a forgivable loan plan designed to let small businesses pay employees during the Covid-19 crisis was abused by more than 80 public companies, some with billion-dollar market capitalizations, including Ruth’s Chris and Shake Shack.

The Small Business Association’s $349 billion PPP program was designed to help small businesses retain employees and prevent mass layoffs due to the coronavirus pandemic. Originally aimed at companies with less than 500 employees, the $2 trillion CARES Act lets big restaurant and hotel chains participate regardless of how many people they employ, due to intense lobbying by the National Restaurant Association.

Loans have already been approved for more than 1.6 million businesses. The SBA reports an average loan size of $206,000 but, as the table below shows, the program was exploited by way-too-large “small businesses”:

That such billion-dollar organizations as the L.A. Lakers and Shake Shack would apply for PPP loans underscores the startling decline in business ethics. Ruth’s Chris — a steakhouse chain that earned a $42 million profit on $468 million in 2019 revenues — tapped the PPP program for a $20 million loan.

Shake Shack was even more misguided. It earned an operating profit of $128 million on revenues of $595 million in 2019. As of April 24, more than 200 public companies had disclosed obtaining more than $775 million in paycheck-protection loans.

This comes on the heels of the 2017 Tax Cuts and Jobs Act, a tax package that was supposed to boost investment spending and result in more jobs but instead was a huge give-back to the country’s wealthiest. Large corporations ended up returning $1 trillion of their tax-cut-fueled earnings to shareholders in the form of stock buybacks and juiced-up dividends.

What are stock buybacks, you ask? Until 1982, buying back shares were considered a form of market manipulation and, therefore, illegal. After the SEC issued a new ruling that let corporations purchase their own shares, share buybacks exploded.

Between 2008 and 2017, U.S. companies sank $4 trillion of their cash into buying back their own stock, with another $2 trillion from 2017 to 2019, which made corporations the single largest source of demand for American stocks. The quickened pace of buybacks illustrates the impact of the 2017 Tax Cuts and Jobs Act on stock manipulation.

The major U.S. airlines are a perfect case study of stock buyback excess. The big four U.S. air carriers, American, Delta, Southwest and United, have spent $44 billion on repurchasing their own shares since 2012. Now they are getting a CARES bailout of $58 billion, paid for with your tax dollars.

Remember Boeing? The CARES Act sets aside $17 billion for “businesses critical to maintaining national security” — which obliquely refers to Boeing, whose name appears nowhere in the bill. Since 2012, Boeing has wasted $43 billion trying to manipulate its own share price. If the company had instead spent the money on properly designing the 737 Max 8, 346 lives could have been saved.

Boeing should have invested that free cash flow into its own business while the going was good, or at least set some aside for a rainy day. But nooooooo, why waste dollars on innovation and R&D investment when driving up the price of your own stock has so many tangible benefits?

Here’s why buybacks are so attractive:

Here’s a list of companies that spent the most on buybacks, led by Apple’s $240 billion. That could explain how Apple, with little growth, was able to reach the $1 trillion valuation mark:

A Tax Gift That Keeps on Giving

In November 2017, U.S. Congress passed the Tax Cuts and Jobs Act. The price tag was enormous: as much as $1.9 trillion over 10 years, by some estimates.

Politicians positioned the Tax Cuts and Jobs Act as “rocket fuel” for American investment and growth, saying that corporations — flush with cash from lower tax rates — would pump money back into the economy by building factories and offices and investing in equipment, which would help companies grow, resulting in more jobs for workers. This spending spree would serve to reinvigorate the American economy.

The President even went so far as to promise, ”The rich will not be gaining at all with this plan.” The opposite is true. As Bloomberg reports:

The alternative-minimum tax, or AMT, dreaded by affluent Americans, lost much of its bite in the legislation. The estate tax, previously paid by just two out of every 1,000 taxpayers who die, is now even easier to avoid. The law doubles the amount of wealth exempt from the levy, to $11 million for singles and $22 million for couples. The rich are already using the new limits to create dynasty trusts for generations of their descendants.

The wealthy also won a drop in the top tax rate, from 39.6% to 37%, which they can slash further if they’re business owners who qualify for the new 20% pass-through break. If they’re corporate stockholders — and the vast majority of rich Americans are in some way — they’re also winning a big benefit from the law’s most expensive perk, the slashing of the corporate rate to 21% from 35%.

This Business Insider headline tells all: “From private school tax breaks to bigger inheritances, 7 ways rich people win big if tax reform passes.” It passed and they won bigly. And as the $2 trillion splurge on buybacks proves, corporations reneged on investing in factories, workers and wages too.

The CARES Act extends tax benefits to the rich by temporarily suspending a limitation on how much owners of businesses formed as “pass-through” entities can deduct against their nonbusiness income, such as capital gains, to reduce their tax liability.” The net result of this tax gift: the nation’s wealthiest will be able to avoid nearly $82 billion in 2020 tax liabilities.

The modern-day concept of American capitalism is designed to flatten the risk curve for people who already have money, by borrowing from future generations with debt-fueled bailouts of big corporations and Wall Street. America’s plutocrats have consciously decided to reduce the downside for the wealthy, thereby limiting the upside for future generations.

Last August, the CEOs of 181 of America’s largest corporations signed a document pledging their commitment to run their companies for the benefit of workers and communities, and not just for shareholders. 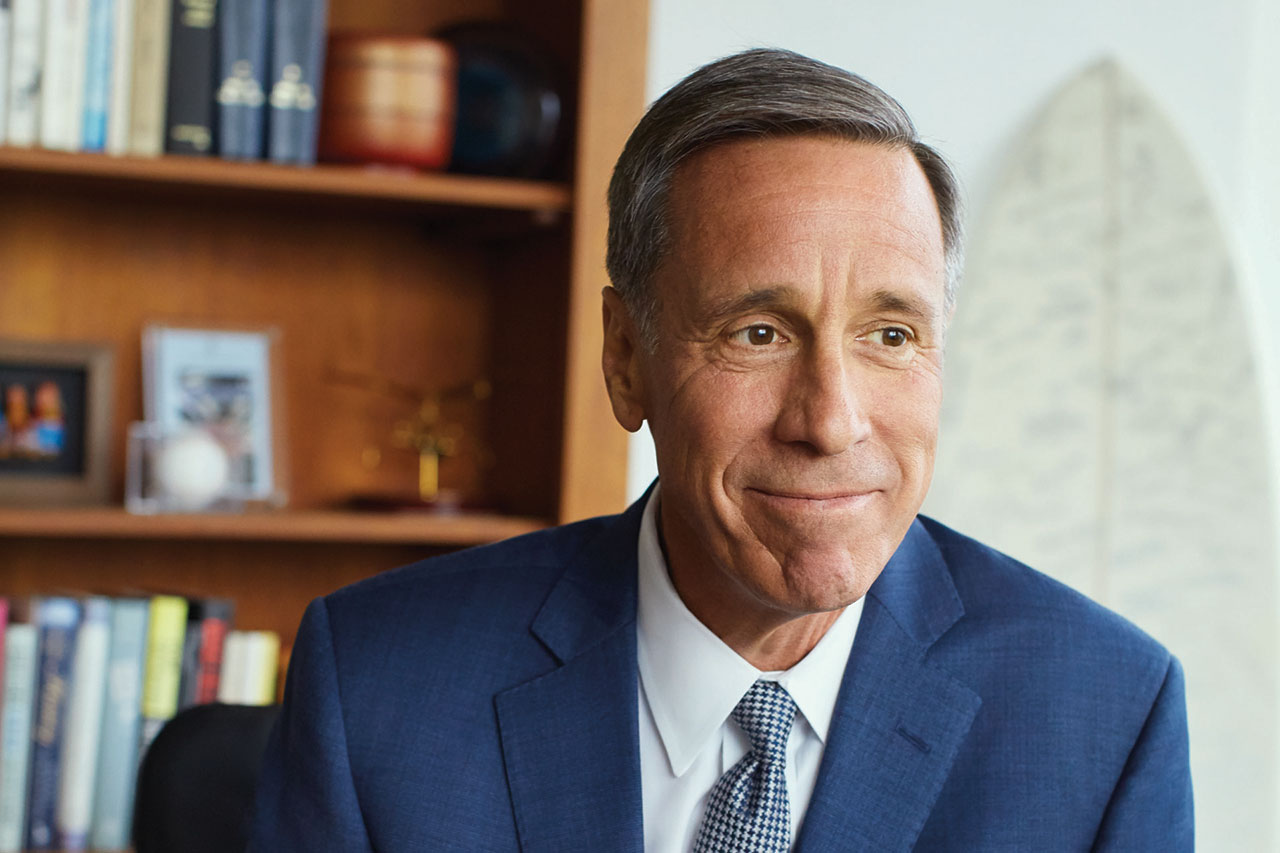 Marriott CEO Arne Sorenson is co-chairman of the Business Roundtable, an organization that pledged to run member companies for the benefit of workers and communities, not just shareholders. After Marriott laid off tens of thousands of workers starting March 17, Mr. Sorenson was unavailable for comment.

Among the Business Roundtable chief executives was Marriott CEO Arne Sorenson. On March 17, lucky St. Patrick’s Day, Marriott began furloughing tens of thousands of American workers, jeopardizing their access to healthcare, even as the company paid out more than $160 million in quarterly dividends and pursued a raise for Sorenson.

This from a company that puts a bible in every hotel room.