In 1989, the U.S. Food and Drug Administration approved botulinum toxin for two rare eye muscle disorders in adults, blepharospasm (eye twitching) and strabismus (crossed eyes). The drug, then called Oculinum, was sold by a research scientist, Alan Scott, to Allergan for $9 million in 1991, which rebranded it Botox.

In 2002, the FDA approved botulinum toxin injections for cosmetic use, thereby sparking a cultural phenomenon that ranged from Botox parties, Botox gift cards, and, of course, Botox humor: 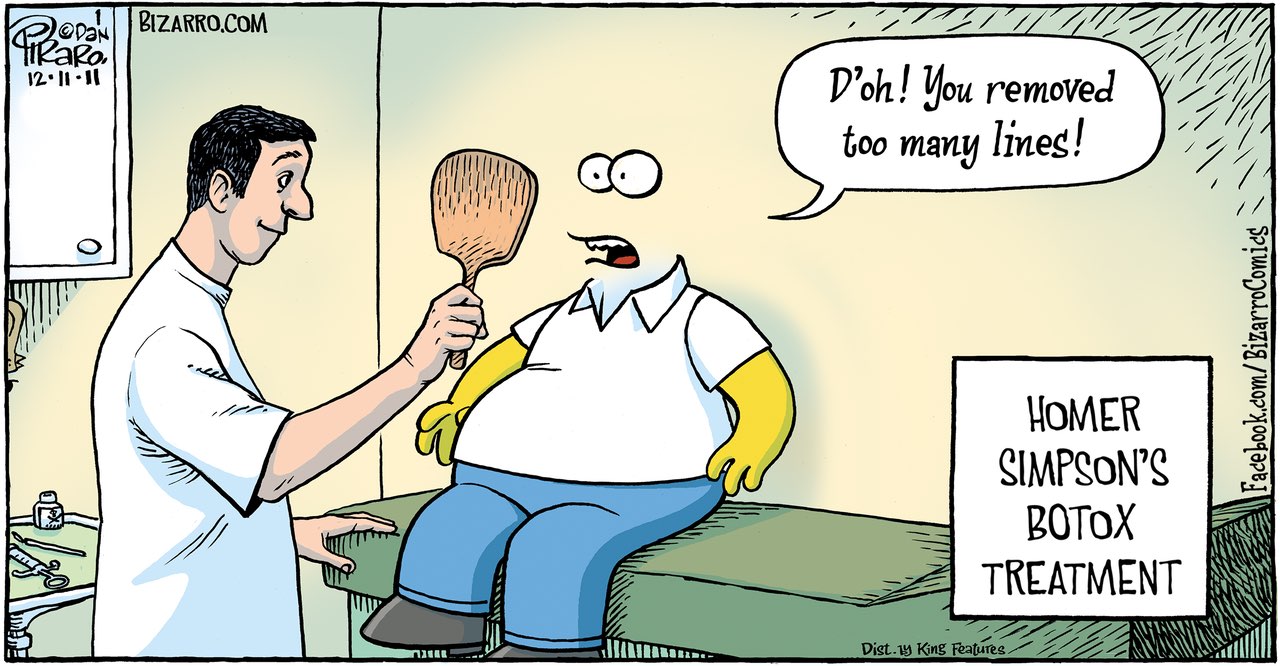 Botox humor has become part of our cultural landscape, as this Homer Simpson cartoon by Dan Piraro aptly illustrates.According to the American Academy of Dermatology, Botox Cosmetic is a toxin injected into facial muscles causing paralysis that relaxes wrinkles and smoothes foreheads. It has so many other legitimate and off-label uses that it has become the top non-surgical procedure performed in the U.S.

Allergan’s Botox revenues have more than doubled from the $1.4 billion recorded in 2008. Not bad for a drug named after the Latin word for sausage, botulus, due to the toxin’s first discovery in poorly prepared sausages during the 18th century. 😍