The scene is set in San Francisco’s Museum of Modern Art, near Moscone Center. On stage is a group of Wired panelists discussing the future of life extension — the art of living longer. At one point an audience member asks the inevitable question, “Will we ever be able to live forever?” The answer startles everyone in attendance, “We will be able to turn off the genetic clock by 2080.”

That is music to the ears of Extropians, a group whose boundless belief and faith in science and technology fuels an expectation that life will carry on much longer than most could imagine. As Extropy Institute Founder Max More puts it, “This is the fourth revolution in our history — the ultrahuman revolution.”  One way to prolong life is to replicate oneself, in other words, make a “backup copy” of yourself.  That requires recording all your thoughts, feelings, and memories, an arduous task to say the least.

A number of entrepreneurs are trying to discover ways to facilitate such downloads. One is Russian internet millionaire Dmitry Itskov, who confidently promises, “Within the next 30 years, I am going to make sure that we can all live forever.”  Itskov believes immortality can be achieved by enabling the upload of an individual’s mind to a computer, thereby freeing humans from the body’s biological constraints. “The ultimate goal of my plan is to transfer someone’s personality into a completely new body,” Itskov tells the BBC.

Another technique that may harness potential eternity is to freeze either body or brain so that a future society may one day be able to revive or clone your defrosted remains. One organization that offers this service is the Alcor Life Extension Foundation, which operates a cryonics facility in Scottsdale, Ariz.

Alcor charges $200,000 for whole-body cryopreservation. Want to save some money? Just freeze your head, a “neuropreservation” costs $80,000. These are actually quite reasonable sums, given what’s involved. Just think of how quickly food can spoil in your refrigerator. To qualify for an Alcor cryo- or neuropreservation, one has to become a member at an annual fee of $525 and maintain an insurance policy with Alcor as the beneficiary. 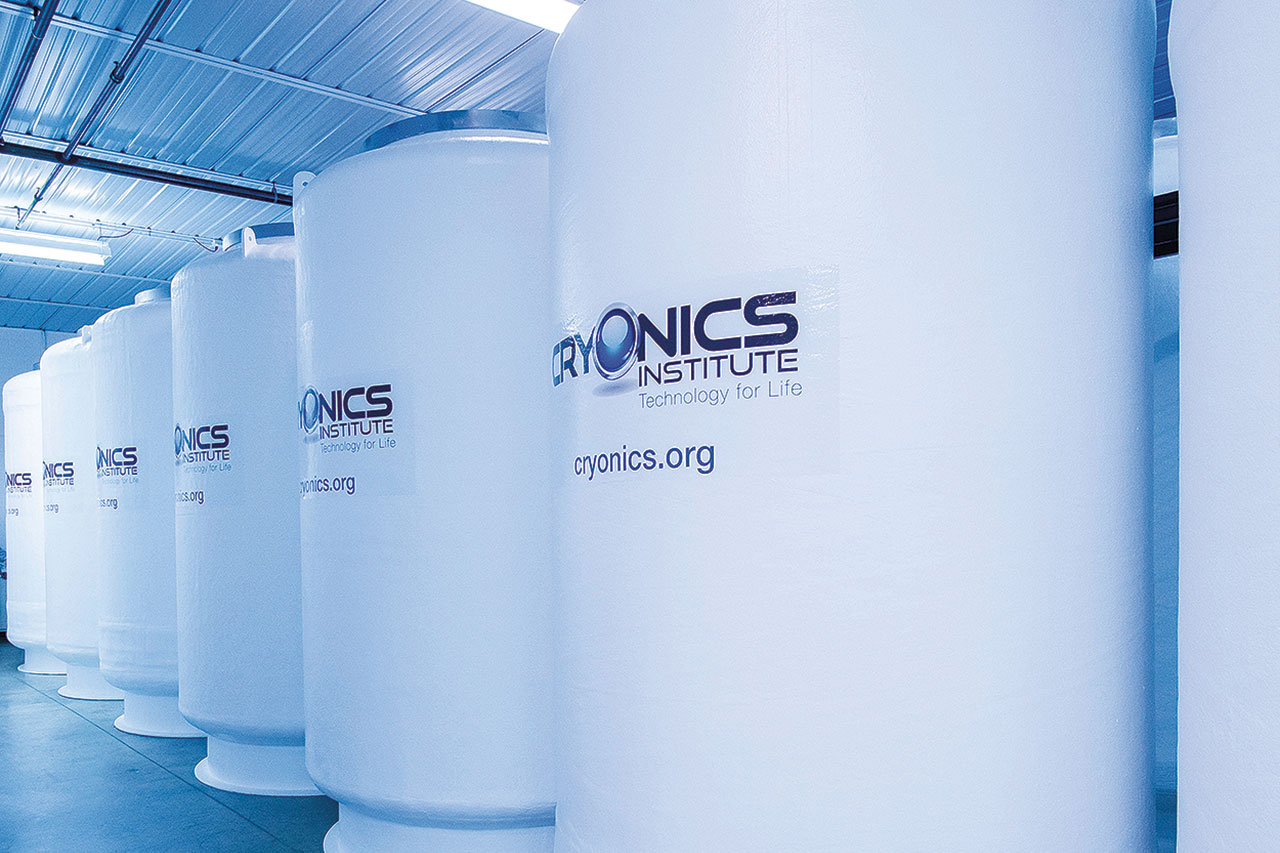 Michigan-based Cryonics Institue cryopreserves its clients in liquid nitrogen at −196º celsius, essentially halting physical decay. The hope is that future science will someday be able to revive and restore life.

The mainstream scientific community regards cryonics with much skepticism. No one can guarantee that future science will ever be possible to revive a cryopreserved human being, but given the rapid advances in genetic engineering, CRISPR genome-editing, and other related life sciences, anything is possible (sidebar).

That explains why cryonics followers firmly believe that clinical death is merely a prognosis rather than a diagnosis of the true end of one’s life. Such views are speculative, to say the least. Still, four cryopreservation facilities exist worldwide as of 2018; three in the U.S. and one in Russia. As of 2014, about 250 people have been cryogenically preserved in the U.S., with approximately 1,500 more signed up for a liquid nitrogen bath.

While cryonics requires a suspension of disbelief, one message from that Wired panel that resonates loudly and is, at least partly, verifiable, is the ability to slow down aging, and perhaps one day, even halt it. It’s an elusive goal that fuels a rapidly evolving industry, anti-aging.

It is here that we start your roadmap to the Fountain of Youth.

A famous saying goes, “Youth is wasted on the young.” But it’s not wasted on the not-so-young. Our lengthening lifespan is leading to a new age of activity and consciousness. The French have a term for it, Troisième Age or Third Age. Normally, our youthful human phase is followed by middle age. But now we enter a third age, a stage in life that the Fountain of Youth will completely upend.

Evidence of this disruption surfaces each December in Las Vegas where some 4,000 healthcare professionals attend the Annual World Congress on Anti-Aging, Regenerative and Aesthetic Medicine, which features such sessions as “Peptides a Call to Action! – The Curious Case of De-Evolution; Factors that lead to Genomic Toxicity and Forced Epigenetic Change” and “Building Youthful NAD+ Power with Precursors, Sirtuin-Activating Compounds, and Methylation Support.” 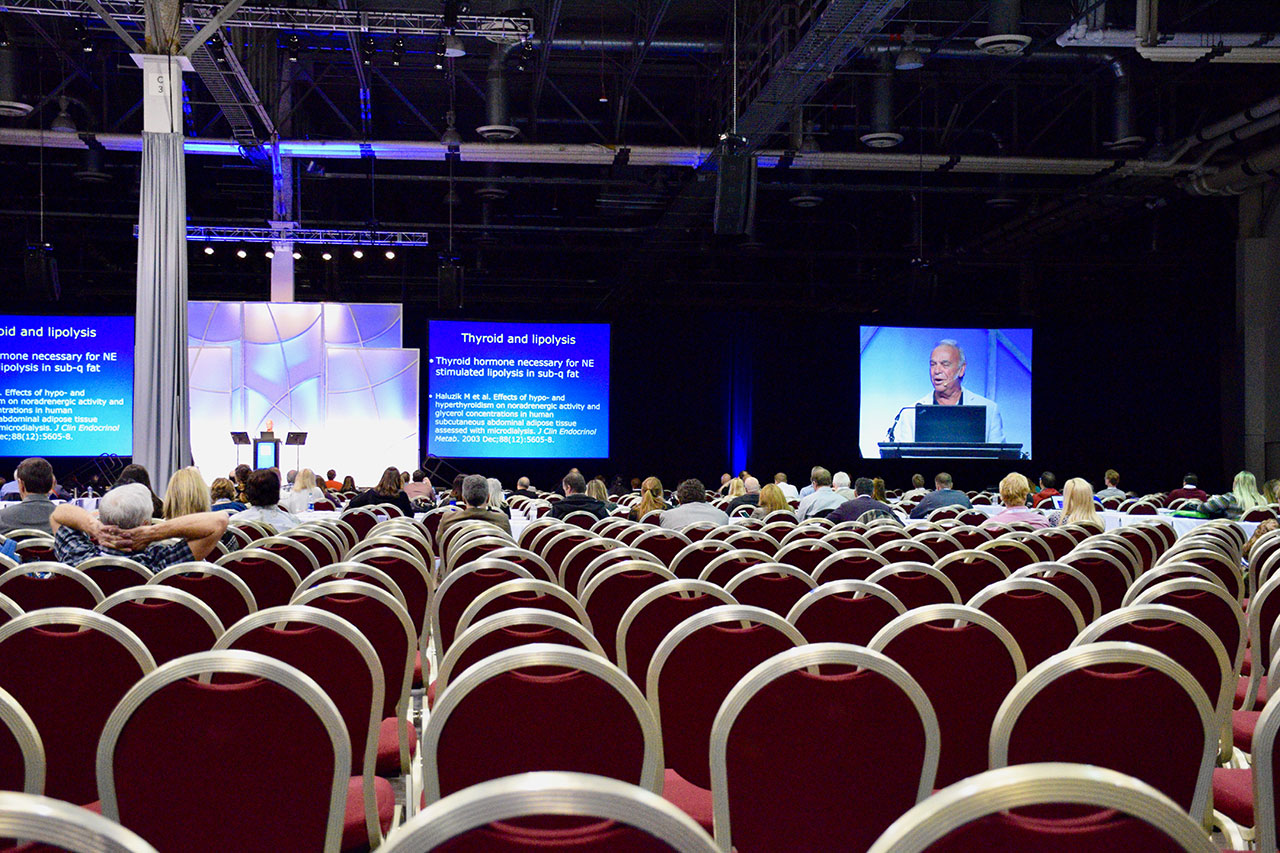 A keynote session at the 24th World Congress on Anti-Aging in Las Vegas discusses the thyroid gland, a key endocrine organ that plans an important role in human aging.

The A4M event’s exhibit hall in the now renamed Venetian Expo & Convention Center features 300 exhibitors that cater to this fast-growing market.  A4M stands for the American Academy for Anti-Aging Medicine, a Boca Raton, Fla.-based professional organization that bills itself as a “global medical education provider.” The A4M launched with just 12 physicians in 1992. In 2006, the Academy told BusinessWeek that 1,500 doctors had sought board certification in anti-aging medicine since 1996.  As of 2011, approximately 26,000 practitioners have received an A4M certificate.

It should be noted that the field of anti-aging medicine is not officially recognized by such organizations as the American Medical Association (AMA) and the American Board of Medical Specialties (ABMS).
These boards find allies in physicians like Dr. Thomas Perls, professor of medicine at Boston University School of Medicine, who says, “there are no treatments that have been rigorously shown to reverse aging.”  Perls used to maintain a site, called HGHWatch.com that collected information countering the broad claims of the anti-aging industry. That site is now ”Under Construction.”

There is growing evidence that Perls may eventually be proven wrong. The New York Times reports that the La Jolla-based Salk Institute has reversed aging in mice by reprogramming their genome, rejuvenating organs and lengthening their life spans by as much as 30%.

Salk’s research revolves around the findings of Japanese biologist Shinya Yamanaka who identified four genes that reset the clock of a fertilized egg. Dr. Izpisua Belmonte has partially reset the clock of the aging process by removing so-called “marks” from the epigenome — a network of proteins that envelopes a cell’s DNA and controls which genes are active and which are suppressed.

And South San Francisco-based Calico Life Sciences, an abbreviation of the California Life Company, has a $1.5 billion budget to help decode the secret of aging. That infusion was supplied by Google’s parent company, Alphabet, and drug company AbbVie. 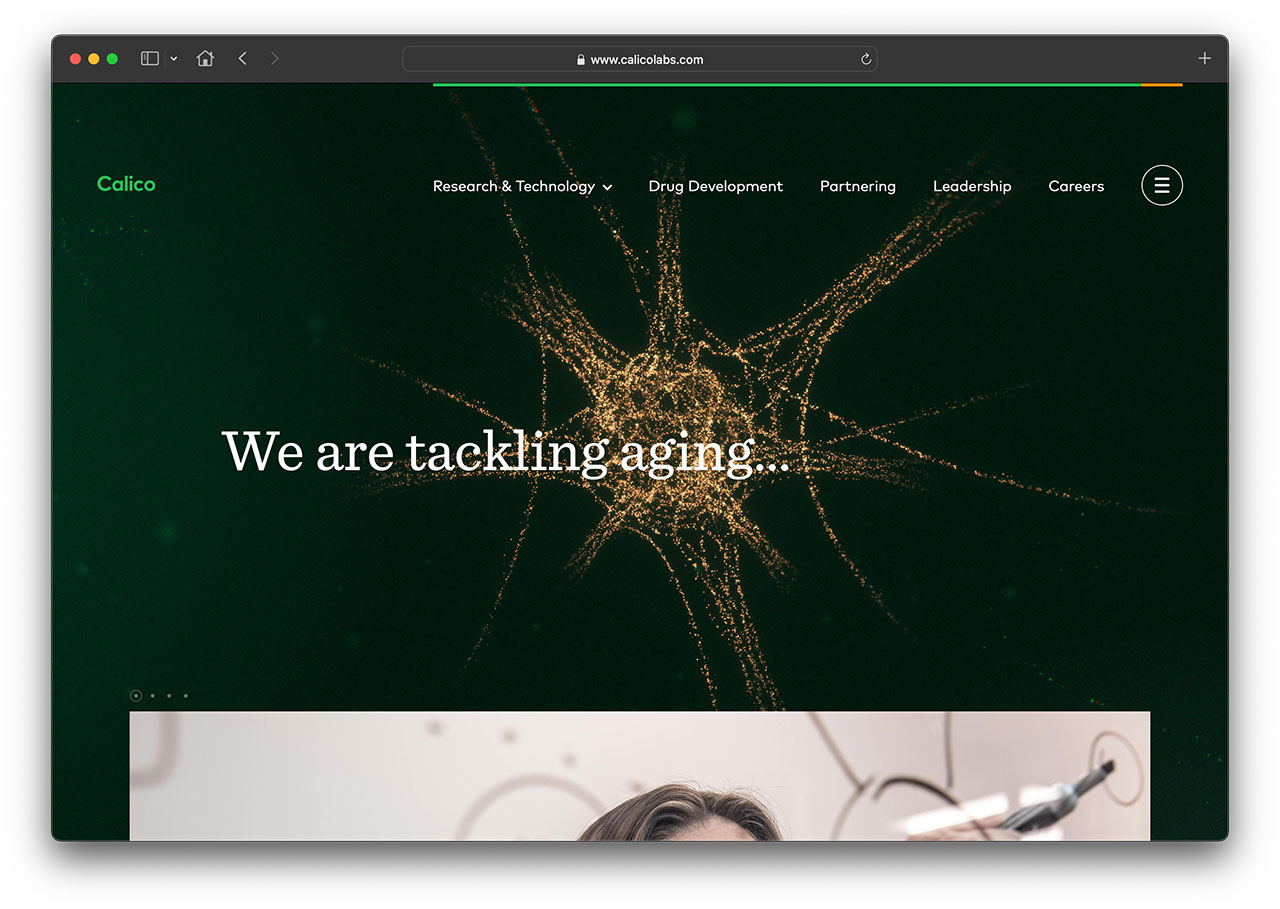 What Perls, the AMA and ABMS boards and other naysayers may also be missing are the strong currents they are swimming against. Boomers will live nearly two full generations longer than Americans did just 100 years ago.  Although U.S. life expectancy took a sudden step back in 2015 and 2016, it was still 78.9 in 2019, or 76.3 years for men and 81.4 years for women.

The biggest change coming to our world is the 65 and older population, which will represent 20% of the total population by 2030 and nearly double in size to 84 million by 2050, according to the U.S. Census Bureau.

This population tidal wave will flood the world with lots of fearful flotsam. A large number of baby boomers have no safety net. According to a 2016 PWC study, 50% of boomers have $100,000 or less saved for retirement.

Then there is the looming issue of social care programs for the aged running out of money worldwide. CNBC reports that the U.S. Social Security trust fund will be depleted by 2033, one year earlier than predicted due to the Covid pandemic.

No wonder the pressure on boomers to keep working is relentless. Between May 2000 and May 2016, the number of Americans 65+ who reported being employed full- or part-time rose from 13% to 19%, according to a Pew Research Center analysis of employment data from the Bureau of Labor Statistics. A 2015 Bankers Life study found that 41% of baby boomers still in the workplace expect to work beyond age 69, or never retire. And among those already retired, 69% of middle-income retirees would have liked to have been able to work longer.

But finding employment uncovers another prickly state of affairs. Baby boomers are increasingly running into a brick employment wall because age discrimination in the U.S. is widespread.  The situation is particularly dire in tech startups, where 40 is considered old.

As Carol Hymowitz claimed in a September 2016 Bloomberg TV report, the average age at a Silicon Valley startup is 22, compared to a median U.S. worker age of 42. That has led many older tech workers to go to great lengths, including plastic surgery, to appear younger as they try to win over potential bosses younger than their kids.

This confluence of trends, combined with innovative advancements in anti-aging science and technology, will drive demand for anti-aging products and solutions to previously unseen levels.

In 2020, the global anti-aging market amounted to $59 billion, according to Statista.  The researcher predicts it will reach $88 billion by 2026.  Zion Market Research is more bullish, forecasting a global market for anti-aging products and services of $163 billion by 2028.

Some experts resist the term anti-aging, instead preferring to call it “age management,” a label used for a sub-segment of the market in our coverage. Despite the subtle skepticism, some treatments can positively impact the biological process of aging, both internally and externally, with reproducible results.

Our Fountain of Youth market coverage is divided into seven major segments, including Anti-Aging, Body Aesthetics, Facial Rejuvenation, Cosmetic Dentistry, Eyesight Correction, Hair Treatments, and Medical Tourism. All will be reported on in this and upcoming blog posts, with each section linking to specific anti-aging treatments and their upside potential in greater detail.